It’s been a very busy year for Blarney CC. In February another successful edition of the Donal Crowley memorial leisure cycling sportive was held with 200 riders from near and far taking part. In March our racing squad had two teams of 5 riders competing in the 4 day Rás Mumhan race in Kerry over the Easter weekend. Challenging stages over hilly terrain in cold and wet weather conditions made for a hard weekends racing. However the Blarney men were strong throughout with Eoin O’Connell prominent. In April, Blarney CC had the great honour of hosting the 2nd round of the National League series for elite Women and Men races. Over 150 of Irelands top racers descended on Blarney for a tough days racing on a hilly circuit in very wet conditions. The womens race was won by international rider Eve McCrystal. In the mens race, Sean Lacey was a very worthy winner of the Donal Crowley perpetual cup. Club secretary Kevin Walsh and race organiser Michael Crowley put in Trojan work in the build up to the race and it really showed on the day. A big thanks to Marie Crowley and all the Crowley family for supporting and allowing Blarney CC to run these races in memory of the late, great, Donal Crowley. Thanks also to all the volunteers who gave up their time on the day. And finally on behalf of Blarney CC thanks to the residents in the local community and surrounding areas for supporting our events and for their full co-operation with Gardai and marshals on the roads during the events. There is great excitement within the club for the month ahead. We have strong teams competing in the Corkman, Kanturk 3-day and Tour of Ulster 3-day races. However, the big racing target for Blarney CC this year has been to field a team in the Rás beginning on May 20th. With months of hard training, planning and preparation the big event is almost upon us. The Rás Tailteann is Irelands premier cycling stage race event. Held every year in the month of May over 8 consecutive days it attracts Irelands best amateur riders and some professional international teams also. The 2018 edition is indeed a special one as it’s the first time in over 25 years a team from Blarney will be taking part. A few stages of the race will be passing through Munster with two stage finishes in Cork. Stage 4 finishes in Glengarriff and stage 5 finishes in Mitchelstown. Blarney CC is very grateful for the generous sponsorship it has received from local businesses in helping fund our Rás 2018 team. We look forward to giving a race report next month. Until then, we wish the team and support crew the very best of luck. 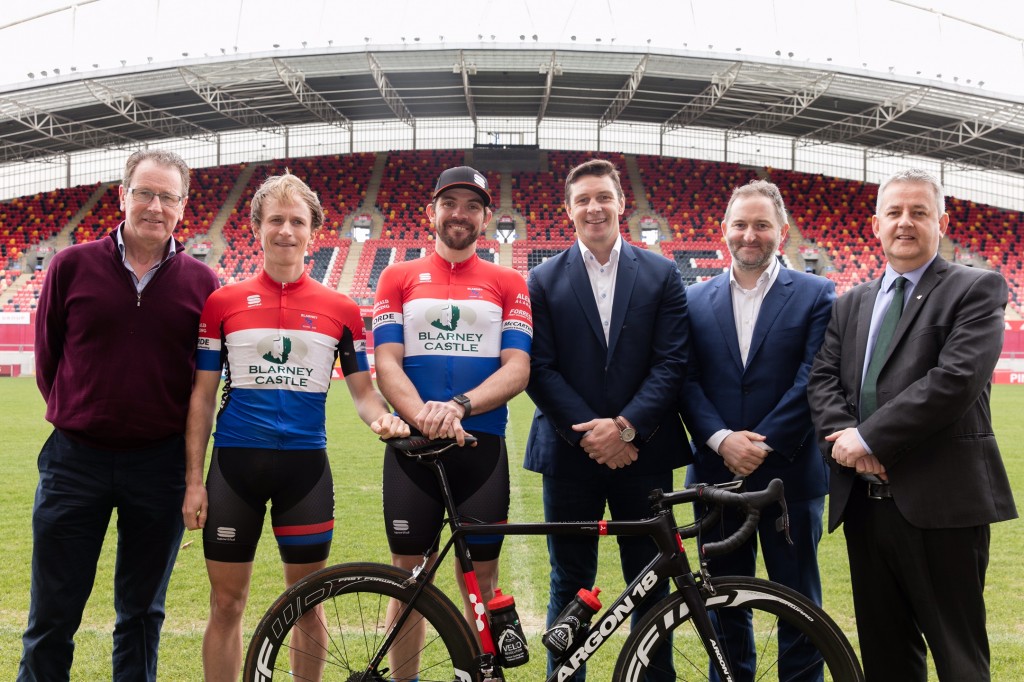