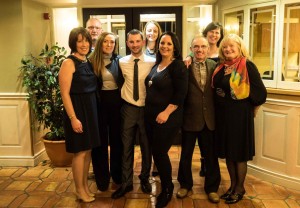 t has been another great year for Dripsey as they now look forward now to 2017. Congratulations to Dripsey GAA Club for their continued wonderful achievements, and to the Dripsey Ladies Football Club in recognition of their success. Add to that the great work being done by Dripsey Tidy Towns and the recognition they received, and the year has been one of continued success. Particular credit to Conor Corkery and Liz Porter for their stewardship of Dripsey Tidy Towns and Dripsey Community Association respectively. Tidy Towns has made a significant contribution yet again, and the Community Association continues to beaver away behind the scenes to make our lives better and safer. The two defibrillators they had installed this year was a terrific achievement. Keep up the good work! Finally, we congratulate Sinead Mac for the success that she had during the year, and hope that it will continue in the years to come.