There was a fantastic display of football at the recently held U11/12 competition at Blarney GAA. Following on from the success of the inaugural hurling at this age last year, this was the first year they had football parish leagues for this age group, a fantastic opportunity for these young boys. The boys were competing for the Cian Kirby Perpetual Cup, and the competition was a very fitting tribute to the memory of Cian. Four teams contested the round robin stages, with Ulster and Leinster the two teams that came out on top to make the final, both teams familiar with each other having contested the last round of the group stages before the final. Ulster made all the early running, racing into a commanding half time lead, with captain Mati Delea commanding at the back, and the midfield and forwards full of running. Some tweaks made by Leinster on the resumption brought them back into the game, with captain Lochlann O’ Donoghue moving to the forwards and driving his team on. Leinster were really making a charge, but only for some fine saves from Ryan O’Leary, the hooter eventually sounded with Ulster holding on and were crowned champions. Mati Delea stood up to accept the Cian Kirby Perpetual Cup from Cian’s mum Val, a great honour for Mati to be the first to have his name inscribed on this special cup. A special thank you to piper Norman, well and truly part of the tradition of Blarney GAA Parish Leagues, who led all the players out for their finals across morning and early afternoon. 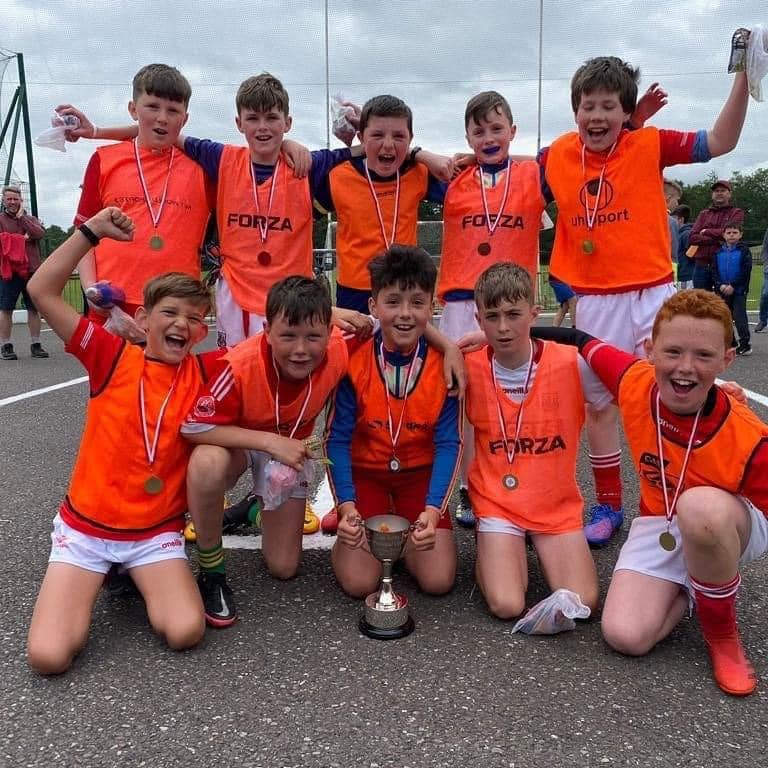