excitedly showing me charts and graphs,

It was appropriate that the day the sod was turned on the state of the art new school building for Scoil Mhuire gan Smal was the birthday of school principal Padraig Sheehan.

The new three-story building will be one of the most modern in the country, with room to cater for a school population of up to 1,200 students, and has been Padraig’s dream for many years, and more than five years of hard work in the planning.

Padraig is no stranger to witnessing historic days at the school as he was a first year student there when it opened in 1970, and a teacher at the school in 1981 when it underwent a major expansion.

Padraig first taught business, maths and geography in the school when he joined the staff as a young teacher before becoming vice principal in 2004.

He became principal in September 2009 when the school had a population of 380 students, it now has 780 students in the same building with close to 100 staff. Testament to his hard work and strong leadership, and the groundwork laid by the excellent principals who went before him including most recently Paddy Buckley and Joe Whyte.

Mr Sheehan said the day represented the beginning of yet another new and exciting era for the school.

“It was a great way to celebrate my birthday. I and my fellow teachers are now really looking forward to having much better resources at our disposal and the space to cater for the future demands of an ever-increasing local population,” said Mr Sheehan.

Whilst the sod has been turned, the work continues for Padraig as the project, which will entail the complete demolition of the existing building and the removal of prefabricated classroom, will commence in mid-June with a completion date of March, 2023. 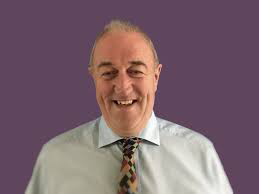