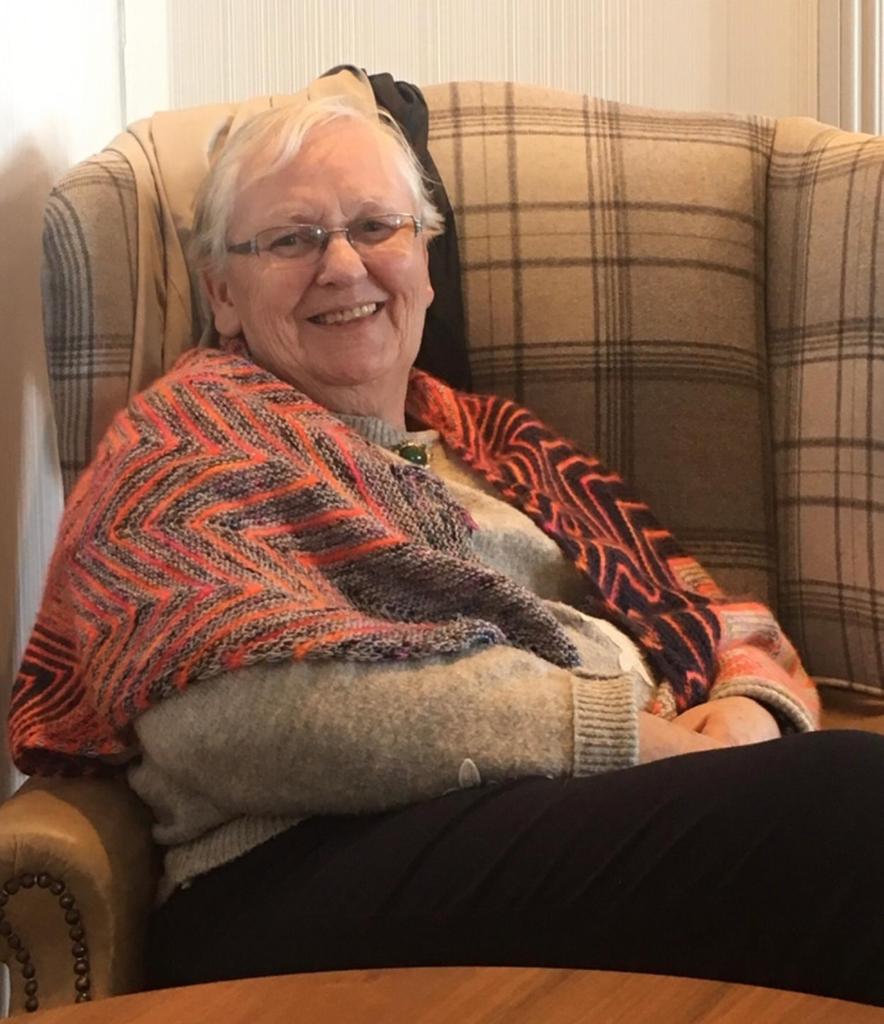 Sheila O’Brien was born and raised on a small 40 acre farm in Pluxtown, near Athboy, County Meath. She was one of 4 siblings, 2 sisters and a brother, Mary, Michael and Margaret. She was educated in Athboy and very proud of the fact that she won a scholarship to secondary school and also to Brú na Mí gaelteacht I mbaile an Ghib. Sheila was an avid reader and told us about how many times her mother had said to her that she always had her head stuck in a book. She had many favourite authors, among them, John McGahern, (he taught in Athboy for a while), Colm Tóibín and Patrick Kavanagh. She was very proud that she had met both John and Colm. After secondary school Sheila joined the civil service and at the tender age of 17 moved to the ‘big smoke’ of Dublin where in later life, she established that had stayed in the same house in Mountjoy Square, that Michael Collins had used on a number of occasions. Even suggesting that she might well have slept in the same bed! This was never proven by the way. The Collins connection was a strange one in that Sheila’s grand uncle, a man by the name of Owen Brien, born in the same house as Sheila, went on to become the head of the Dublin Metropolitan Police detective division in Dublin Castle. Michael Collins and his men had made several attempts to assassinate him. T. Ryle Dwyer’s book Michael Collins, the man who won the war, talks a lot about Owen Brien. Sheila saw absolutely no contradiction in her interest in both men and was very proud of the fact that a family relation many years ago, gave the Béal na Bláth oration. In those ‘enlightened’ times, Sheila like all women had to resign from her job on her marriage to Tom. Soon followed 3 children before the family moved on a ‘2 year assignment’ to Cork, buying a house in Blarney. The family increased by 100%, prompting Sheila to say that there would be no further news! Quickly settling into Blarney, she made many good friends, many of whom helped to make her later years more bearable. She loved to be involved, serving on the board of management of the primary and secondary schools. Sheila was a Meals on Wheels volunteer for many years until driving became a problem for her. She would be both very proud and embarrassed at the generosity of the many people who gave so much money to help Blarney Meals on Wheels. Currently the amount is in excess of €3000. Thank you all. She was one of the founder members of Blarney Active Retirement group, serving on the committee for a number of years. Active retirement activities were a big part of her life, making many new friends there. She was not content just to be involved herself but also encouraged others to do likewise. She was the one who made sure Tom was involved in Blarney Tidy Towns. On Tom’s retirement, Sheila decided that it was her time to travel, especially to meet with her many cousins and friends throughout the world, going to Britain, France, U.S.A. and Australia among others. Not having a word of French, she called to a convent to get information about a cousin, who had been a nun there in the early 1900s! In Australia, she travelled in her cousin’s airplane over Euroa (Ned Kelly country) Like many who have died in the last year, some members of the family were unable to travel and say their final goodbyes to Sheila. The family would like to thank all who helped Sheila throughout her illness and sympathised with the family at this sad time.