We couldn’t think of a better way to start a new year than to remind ourselves what wonderful people live in our community and take a look at the people who help make life better for all of us. The 2020 Blarney & District Person of the Year Awards will be taking a different form this year, with details to follow, but for now let’s reflect on the wonderful people who received a monthly nomination in 2020.

January saw Dinkar Lagali, who works in works in Blarney Auto Centre, honoured after he was involved in the rescue of three children from a house fire on Blarney Street.

Talented local artist Jessica Griffin was our February person of the month after she launched the first episode of her comic series ‘One Piece Missing: On the Road’, exploring life with Asperger’s Syndrome. Unsurprisingly Jessica has since received multiple awards for her wonderful work. 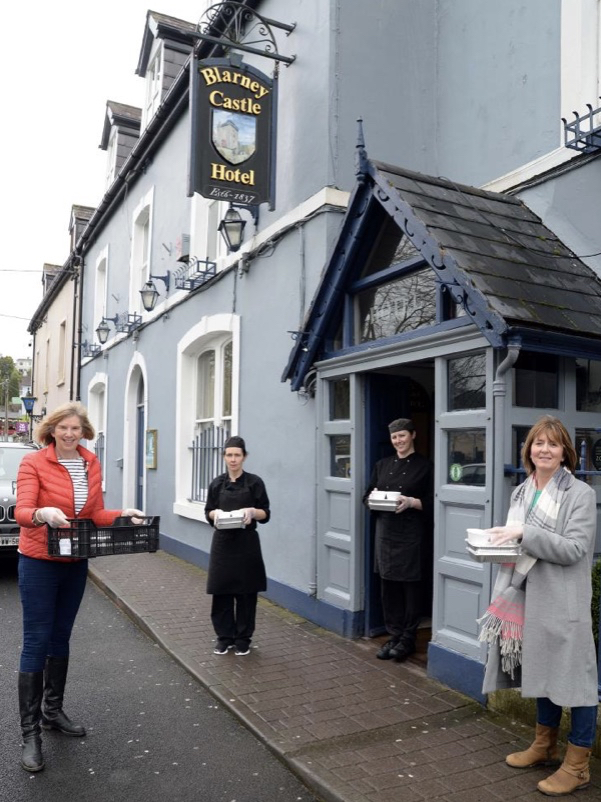 Robert Gabriel received his award in March after he was included in Forbes’ prestigious ‘30 under 30’ list of Europe’s leading young innovators, entrepreneurs and leaders for his work as the founder of Helperbird, a tool for people with dyslexia, which supports an incredible 150,000 daily users from more than 28 countries.

April was the turn of Catherine O’Sullivan who has been the leader of Whitechurch Foróige for over ten years. In that time she has been hugely influential in facilitating the club’s members to raise thousands of euro for various charities, and instrumental in making Whitechurch Foróige the successful and vibrant Club it is today.

Valerie Kirby was honoured in May for her compassionate work through the pandemic. Whether delivering hot meals and groceries, collecting prescriptions and pensions, Valerie was there. As joint PRO of Blarney GAA Club, Valerie used this to great effect to spread information and help others during the pandemic, and her determination to help those in need also saw her organise, with Blarney Healthy Club, the Blarney 500 miles challenge which raised €16,000 for local charities.

In June Local businessman Andy Mackin was recognised for his inspirational business achievements. He also made the shortlist for the prestigious 2020 EY Entrepreneur of the Year awards as one of only 24 finalists selected from across the island of Ireland.

In July Lucy Kay was honoured for her lifelong commitment to scouting in Ireland which has seen her receive awards at local and national level. Lucy has been a leader, Venture Leader, served on the board of National Executive Board of Scouting Ireland and as a County Commissioner and National Programme Commissioner for Rover Scout, and is involved with Joint Committee of Scouting and Guiding in Cork. Lucy also remains devoted to her local Scout Group and was recently presented with her 25 year service award.

August was the month for Deborah Maguire, Chairperson of voluntary organisation ‘Brand Blarney’. The achievements of this vibrant group include the production of a Blarney Heritage Map in 2017; the creation of a website to facilitate tourists, businesses and residents; bringing Cork Culture Night to Blarney; and her work on an ambitious five year plan for the revival of the hundred acre Clogheenmilcon Fen.

September saw Paul O’Leary, player-manager of the Blarney Intermediate Hurling Team, honoured after the team won the Cork County Premier Intermediate Hurling Championship. Paul has been instrumental in various activities in the club over a long number of years. As well as being a prominent hurler and footballer, Paul has also served as coaching officer and has managed a number of underage teams.

October saw Dr Oisin O’Connell honoured for his incredible work in the fight against Covid19 in Ireland, which resulted in many Irish lives being saved. His knowledge has been shared nationally and is key to Ireland’s fight in this global pandemic.

Our last 2020 Person of the Month award winner was not one but two people, when we saw Margaret Carroll and Margaret Spillane, chefs who work at Blarney Castle Hotel, recognised for their work throughout the pandemic. When Meals on Wheels had to cease at the start of the pandemic, the two chefs immediately stepped into the breach and since March have been preparing meals from the Castle Hotel kitchen ensuring that many of our vulnerable citizens continue to receive a hot meal.