There will be a fundraising event in Aunties, Tower, on Friday 15th August, to raise funds for Daniel Ring from Tower, Blarney who is undertaking an Endurance Challenge cycle in aid of Breakthrough Cancer Research and in memory of his late father Tony Ring, who passed away from cancer 5 years ago. The event starts at 8.30pm and there will be finger food and a DJ, along with a range of spot prizes on the evening. Daniel Ring said, “Five years ago this August I lost the main man in my life, my dad, to cancer. Not only this but my wife lost her mother to the disease and so many more of my family, relatives and friends have also been affected. They have had to endure so much, and because of this I have decided to take part in Endurance Challenge in their memory, to help raise much needed funds for new treatments for cancer”. Daniel will be joining a team of cyclists on an Endurance Challenge cycle through every county in Munster on 17th and 18th August, cycling 8 – 9 hours each day for two days, over 370km in total. As part of their fundraising efforts, Danny’s sister, Jennifer Ring O’Mahony is donating 100% of the proceeds from her business Jen’s Jellys to the cause between 11th and 17th August. You can place orders on Facebook @Jens-Jellys You can also sponsor Daniel on the evening or via his MyCharity page. Endurance Challenge is an all-Ireland series of events in aid of Breakthrough Cancer Research. Two Cork men, James Colbert and Sean Buckley, are undertaking a record-breaking triathlon challenge this August. They plan to cycle through every county in Ireland, swim 120km of the River Shannon and run in four consecutive marathons, 2068km in just 22 days. The event series, called the Endurance Challenge, is open to the public to participate in and aims to raise €500,000 for new treatment options for poor prognosis cancers. Cork will play a big part in Endurance Challenge as it is the start and end location for the Munster Cycle and also hosts one of the Marathons, the Midleton Run. If you would like to find out further information on the Endurance Challenge, get involved yourself or help raise funds see www.endurancechallenge.ie @endurancechallenge on Facebook or www.breakthroughcancerresearch or call 1890 998 998. 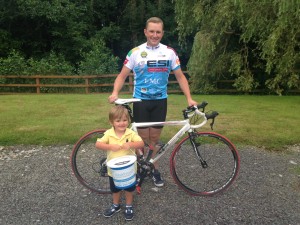