x
Congratulations to Paul O’Leary Blarney & District Person of the Month!
On behalf of Blarney GAA Club, we would like to nominate Paul O Leary for Blarney & District Person of the Month.
Paul is player-manager of the Blarney Intermediate Hurling Team who recently won the Cork County Premier Intermediate Hurling Championship. Paul has been instrumental in various activities in the club over a long number of years, as well as being a prominent hurler and footballer, Paul has also served as coaching officer and has managed a number of underage teams.
Paul was appointed manager of the intermediate hurling team in at the end of the 2018 season and quickly set about appointing a strong backroom team. No stone was left unturned in securing the best possible set up for a promising panel, mixed with experience and the emergence of some exciting young talent.
Paul both successfully managed the team and played a starring role as a no-nonsense full back, often tasked with marking the oppositions’ chief marksman. 2019 was a particularly successful year as the team reached the County Semi-final, narrowly losing to eventual winners Fr. O’Neills. While disappointed with defeat the team regrouped and began preparing for the 2020 season. Paul led preparations through the early part of the year and kept the spirits of the panel high during the lockdown period from March to June. Preparations ramped up as the championship drew closer and a first-round victory over Inniscarra was tinged with a potential season ending injury to Paul, however he fought back to full fitness to take his place in time for the county semi-final against Carrigaline and played a starring role in the historic final victory over Castlelyons.
We thoroughly believe that Paul is a worthy recipient for Blarney Person of the month and hope that we see him play a starring role for Blarney, on and off the field, for many years to come. 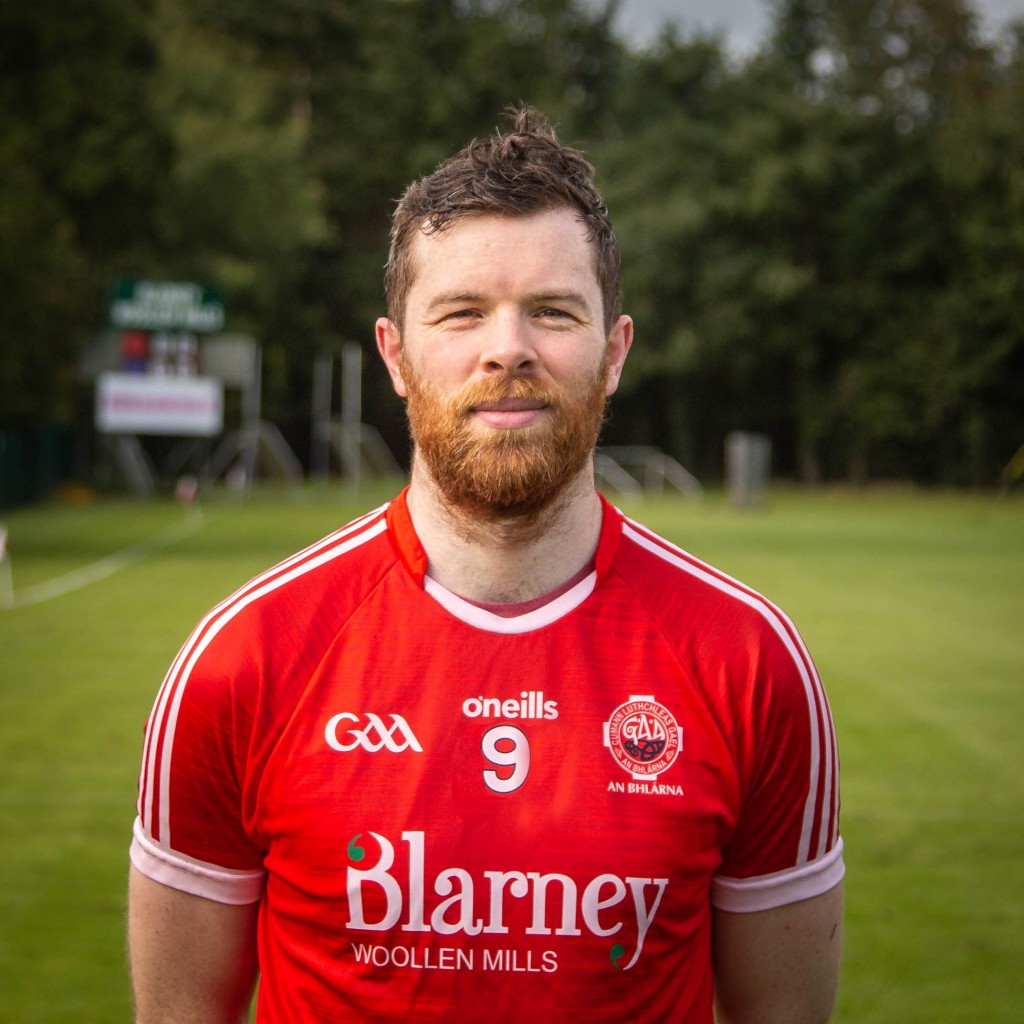