Seniors Jason Hogan has fired the Senior team to the top of the table with Hogan scoring in all seven league matches so far. The team has continued its good form into this season winning five of the opening league games, one draw against Mayfield and the only defeat coming against Bandon away. Hogan has been in prolific form again and is getting great supply from the midfield with Ray O’Leary playing as well as ever. Martin O’Sullivan got an impressive hat trick away to Kinsale, Greg Barrett has been chipping in with goals also. New signing Jack Forde is settling in well in the middle of the park. Alan Weldon picked up an injury and has missed a few games, but hopefully will be back sooner rather than later in the heart of the defence. Manager Brian Murray will be delighted with the start to the new season with the team playing well and creating plenty of chances for Hogan and co up front.

Juniors BUFC Juniors are sitting top of the table after seven matches, five wins, a draw and just the one defeat to a very good Mallow side away. Jordan O’Connor has been a regular on the score sheet every week and delivered an impressive hat trick against Ballinhassig. Danny O’Brien is in great form the middle of the park along with Josh Tannin and Lorcan Geaney has been keeping them out at the other end of the pitch. The team is playing very well and the management team of Derek Daly and Sean O’Sullivan will be happy with the start to the season and look to build on the good start going forward.

Captain O’Sullivan leads U17 to cup final Congratulations to our U17 Premier Team who had a great result in the Gussie Walsh League Cup Semi Final beating Leeds 5-2. Goal scorers were O. G. Cameron Lynch 1, Gavin O’Sullivan 1 Captain, Joe Bailey 1 and Dylan Doherty 1. We wish the team the very best of luck in the final. 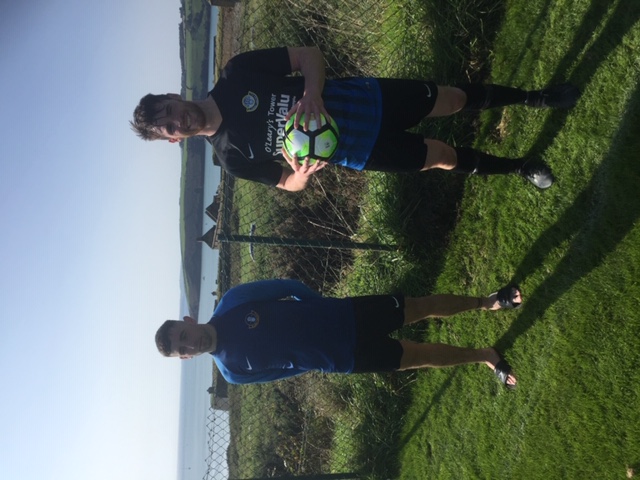