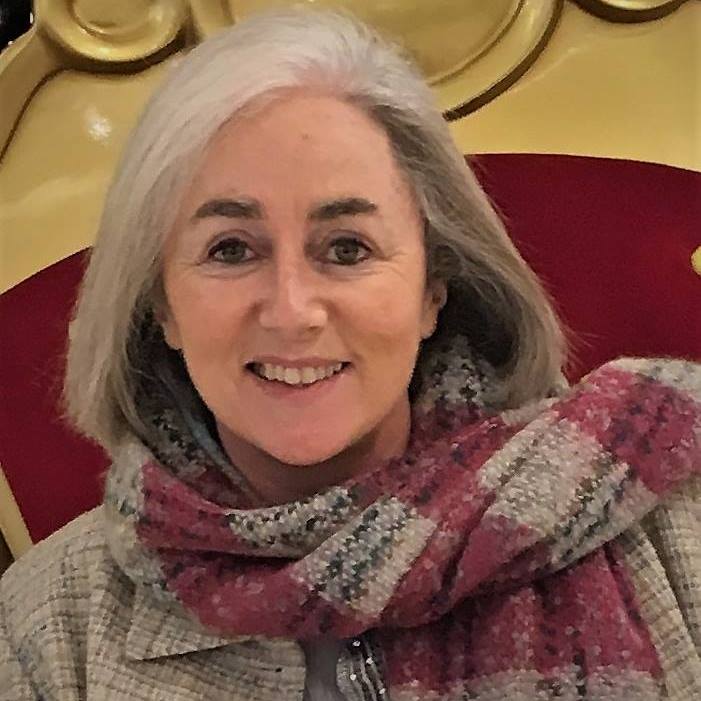 Congratulation to our August 2020 Blarney & District Person of the Month Deborah Maguire.
Her nominee told us, “I would like to nominate Deborah Maguire for the award of Blarney & District Person of the Month.
Debbie works hard within the community and I know she is an active member of the District Chamber of Commerce. Her popular signposts are recognisable throughout the local area. I feel her contribution to Blarney and the surrounding areas should be recognised via this award.”
As part of her hard work and involvement within the community Deborah is Chairperson of voluntary organisation ‘Brand Blarney’.
The achievements of this vibrant group, which she heads, include the production of a Blarney Heritage Map in 2017 which explored Blarney’s fascinating ‘Heritage Trail’ in conjunction with the Blarney and District Historical Society and Cork County Council.
In 2018 she was part of the team who launched www.aloadofblarney.com, a website to facilitate tourists, businesses and residents. In this year they also launched a web version of the Heritage Trail to enhance visitor experience.
Later that year Brand Blarney brought Cork Culture Night to Blarney, re-enacting scenes from Blarney’s history around the village square. This included Blarney Men’s Shed, Blue Hat Productions, Shandon Shawlies, Cobh Heritage Vintage Era, Blarney Vintage Club, Cór Geal and the Blarney community and celebrated local heritage with a fabulous re-enactment of local folklore. Brand Blarney was awarded the Cork County Mayor’s Community Award for 2019 for this event.
Currently Deborah is involved with an ambitious five year plan for the revival of the hundred acre Clogheenmilcon Fen which will see better connectivity between the Fen, Blarney village, Cork city centre, and neighbouring amenities such as the Waterloo walk.
Community, Issues
Categories
Latest Posts
Archives