Lucy joined Blarney Scouts as a Venture scout in 1989 following on from her time in the local St Martin’s Guide unit where she worked her way up the ranks and eventually was involved as a young leader.
She stayed on to become Venture Leader in the 45th Venture scout group and inspired many young people in Blarney to get involved and participate in local events and even ran a highly successful trip to France and Spain which many involved still remember fondly.
Whilst in this role Lucy was elected to become Commissioner for the old Cloyne West Scout Region for a total of six years during which time the Catholic Scouts of Ireland merged with Scout Association of Ireland to become Scouting Ireland.
During this period Lucy was also elected to serve on the National Executive Board of Scouting Ireland where she served a term of three years which coincided with the building of the new National Headquarters building in Larch Hill, Dublin.
Following the formation of the new association Lucy served for six years as the County Commissioner for the newly formed Lee Valley Scout County.
More recently Lucy has been National Programme Commissioner for Rover Scouts and in this role she developed programme ideas for the 18-26 year old age group and visited European Countries representing Scouting Ireland and sharing ideas with her foreign counterparts.
Locally, Lucy devotes much of her time to helping in the running of the Joint Committee of Scouting and Guiding in Cork which runs various events for their youth members including, Hey Jinks for Cubs and Brownies, Squelch for Scouts and Guides, the ever popular Ventact for Venture Scouts and Senior Branch Guides and of course visits to the Everyman Pantomime for all sections.
Following much demand in the community, Lucy has been involved in running a second night of Beaver Scouts since 2016 getting boys and girls from age 6 involved in very popular weekly meetings, sleepovers, camps and trips.
In 2017 Scouting Ireland presented Lucy with the second highest award, the Gold Meritorious award, for the incredible work and commitment she has given to Scouting at local and national level.
Despite her many other commitments Lucy remains devoted to her local Scout Group and was recently presented with her 25 year service award. 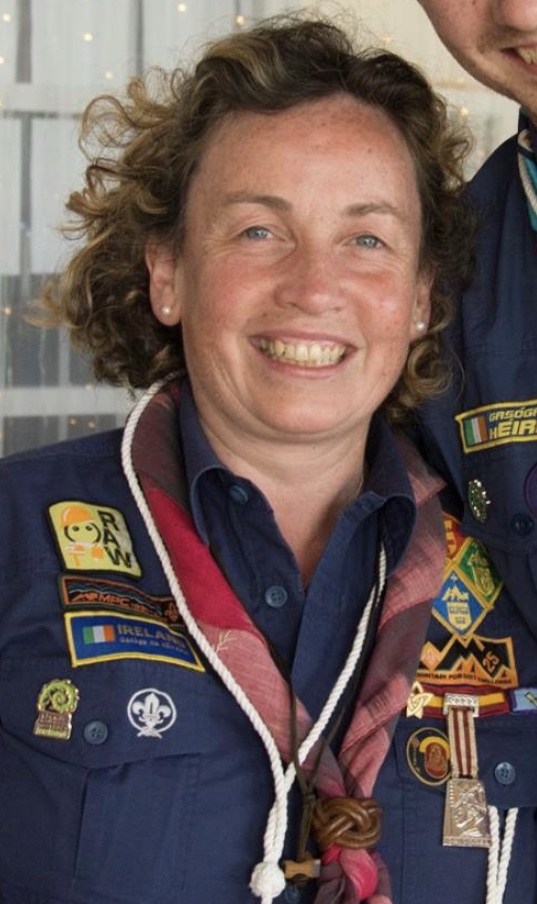