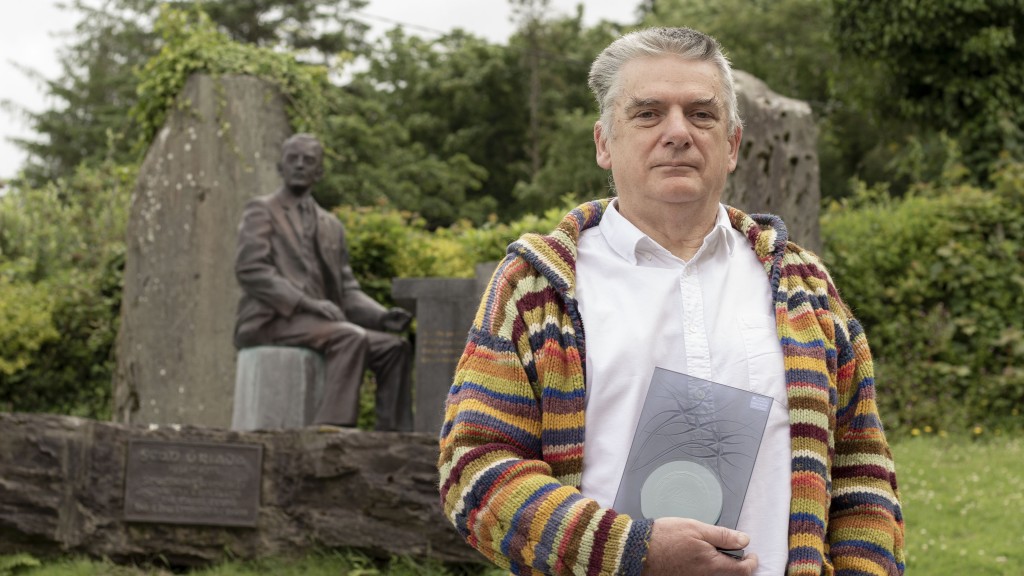 for June 2020. The award marks Peadar’s contribution to Irish culture as a composer, musician, choir director and broadcaster. Peadar’s interest in music began at a young age, as he was inspired by his father, Seán Ó Riada, who was one of the most influential figures in the revival of Irish traditional music during the 1960s. Peadar graduated from University College Cork with a Bachelor of Music degree in 1976. After his graduation, he spent a few years as teacher, co-op manager, festival director, commercial beekeeper, broadcaster and educator. He has lived his life in Cúil Aodha, near the Cork-Kerry border, where he raised his family with his wife Geraldine Moloney. The contributions that Peadar has made during his career have been invaluable to the traditional music community, at both a local and national level. In 1986, he founded the all-female choir Cór Ban Cúil Aodha. He founded the traditional University Acadamh Fódhla in 2000, the Irish Cultural trust Iontaoibheas Fódhla in 1999, and in 2011 the international festival “Féile na Laoch” commemorating his late father Seán Ó Riada. Peadar has also acted as Director of Cór Cúil Aodha since September 1971. His work has given more people opportunities to pursue traditional Irish music and acquaint themselves with the traditions. Peadar has also composed extensively for Cór Cúil Aodha and has accumulated a large body of liturgical and secular works for Male Voiced Choir in the Irish traditional idiom. His compositions for Female choir are polyphonic and include several large works, as well as choral arrangements for traditional Irish songs. His body of traditional Irish Dance music compositions has made its way into the mainstream of Irish music and are recorded by many artists in this genre.