Congratulations to sensei Stephen O’Callaghan from Cloghroe Karaté Club who was awarded Cork Martial Arts Coach of the year last month in the Oriel House Hotel and followed this up with his club winning another EKF medal for Ireland in Budapest on Sunday 9th February. Cloghroe Karaté club now holds 7 out of the 8 WKF medals that have ever been won by Ireland. This time it was a bronze medal at under 21 level in the European Championships. Chris McCarthy won the bronze medal for the club on this occasion but there more to come from brilliant club athletes like Sean McCarthy and Hieu Power at upcoming international events. A double celebration for the Cloghroe Karaté club which has built a fantastic reputation country wide under the guidance of Sensei Stephen and his assistants Danny, Dave and Pat. 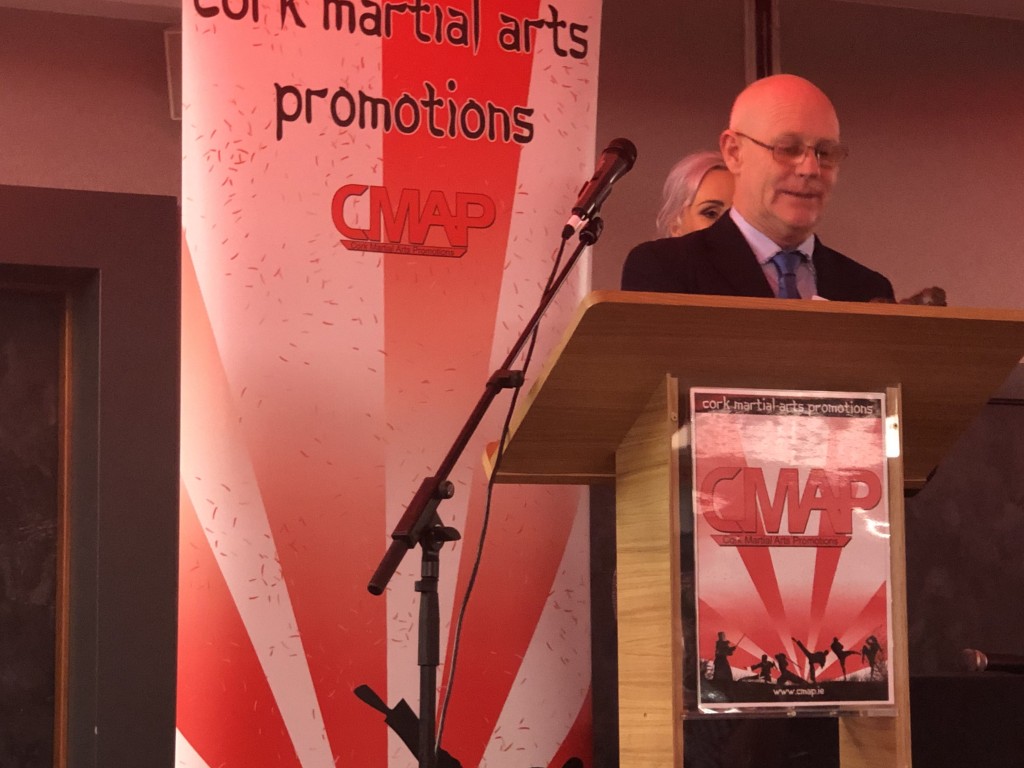