There was standing room only when the community from Blarney, Kerry and further afield came together to pay their respects to the late Dan Ahern.

The attendance included representatives from An Garda Siochana, where Dan had a long and illustrious career, plus those he worked alongside in his many voluntary commitments including Muskerry RFC, Blarney Men’s Shed and Blarney Tidy Towns, to name a few of the many organisations that he lent his time and talents to.

Dan, while loving and enjoying life, was passionate about the many things he was involved in. One of these was a deeply held love of Kerry and it’s Gaelic football team and its success over many years. As his son Peter said, Dan had no prejudices about the shape of a ball. A Dublin supporter could expect no mercy from Dan when it came to discussing the merits of both teams. Questions over the parentage of Dublin players could be raised on occasion, but it always ended by talking about how remarkable the friendship was that grew between both tea 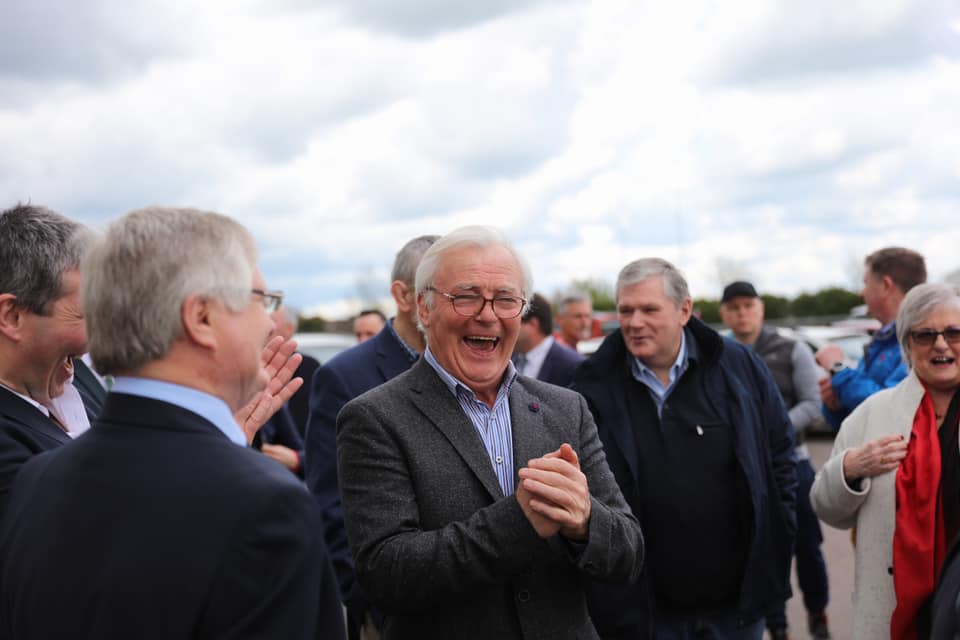 ms, especially the 1970 ones. It would have been wonderful if Dan had been able to witness another victory for his team.

For many years, Dan was Mr. Blarney Tidy Towns, and his interest went way beyond a tidy town. He had strong views on improving Blarney’s appearance. He campaigned for the removal of unnecessary signage, planting of new beds, and installation of good and appropriate seating. The Blarney welcome signs were designed by Dan, on which he was insistent on the use of the cló Gaelach, and it is no surprise how many people’s recollection of Dan was the sight of him working quietly and effectively around the village.

Dan’s love of the Irish language was acknowledged throughout the moving service with music and readings as gaelige, and the eulogy read by his son Peter moved many in the congregation to both tears, and laughter! Dan was a fíor gaeligóir but not to the extent that he was superior language wise. He helped a number of us less ‘fíor’, on many occasions. Ár bhuíochas a Dhónal. Talking about things Irish, one of us in our early Irish language learning, told him about getting a t-shirt with the words, ‘Ní bheidh a leithéid arís ann,’ Dan as an aside, retorted that he had heard a somewhat less than charitable person respond, ‘Buíochas le Dia.’

Following a televised weekend challenge in 2012, Dan always said the only way to get a crowd out in Blarney was to bring in the televisions cameras. An unassuming man, Dan would never have thought that the wish to pay respects to him would prove an even bigger draw.

Dan was predeceased by his son Donal and leaves behind his loving wife Jacinta, son Peter and daughter Niamh, grandchildren Fionn, Róise and Harry, sister Mary, brothers Jack and Den, daughter-in-law Charlene, son-in-law Conor, sisters-in-law, brothers-in-law, relatives, neighbours, a wide circle of friends and a community that is all the poorer for his passing.