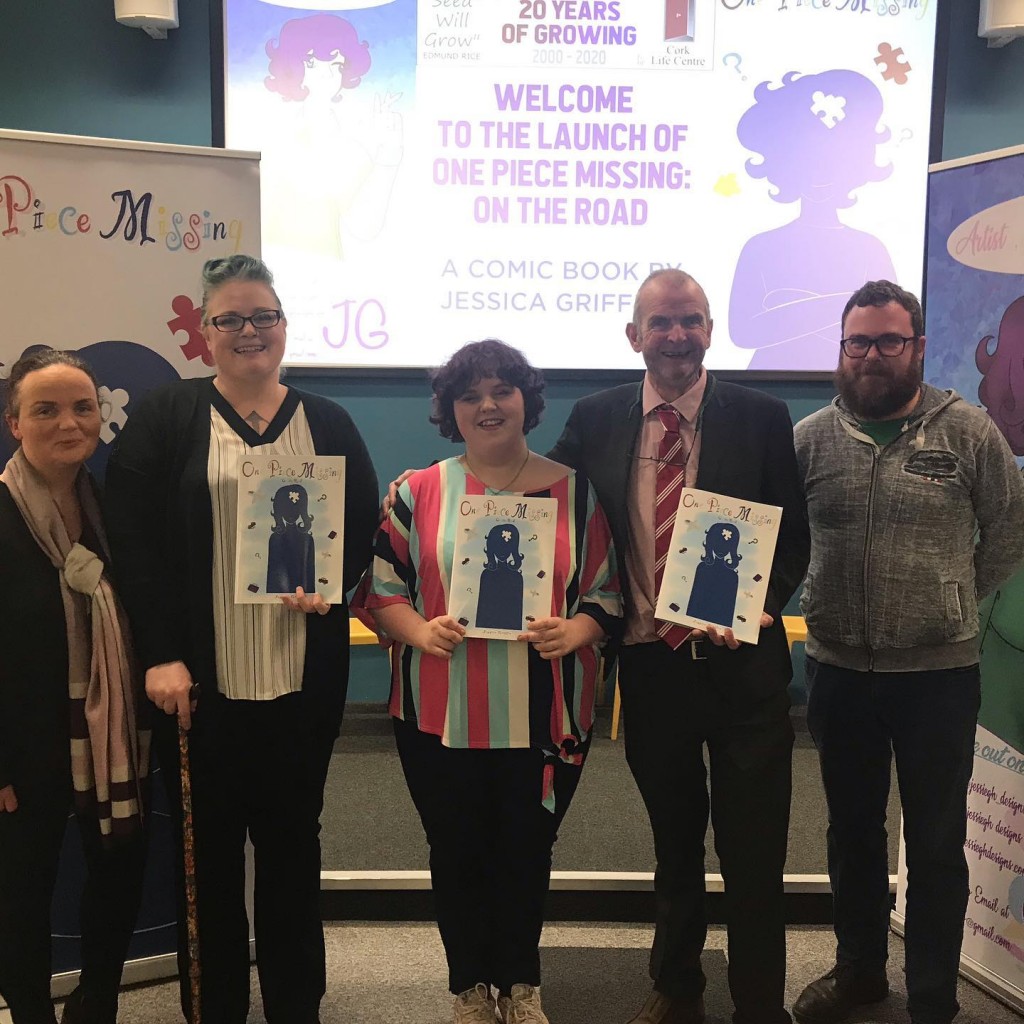 Jessica, a student at the Cork Life Centre, created the comic series, ‘One Piece Missing: On the Road’, to help people living with asperger’s and others have a greater understanding. Asperger’s is a developmental disorder characterised by significant difficulties in social interaction and nonverbal communication, along with restricted and repetitive patterns of behaviour and interests. A meeting with publisher Tracy Sayers of Thomond Comics at a comic convention in 2018, where Jess was selling her art, set this wonderful project in track and within a year Jess was ready to launch her own comic which will be the first issue of an ongoing series about Jess’s life and all that goes with it.

Don O’Leary, Cork Life Centre, speaking at the launch which took place in UCC said, “Jess is a talented artist, animator, illustrator and writer and also a massive comic fan. “She is a daughter, a sister, a friend, a student preparing for Leaving Cert and a massively important part of the Cork Life Centre, an education setting that supports young people to access their education outside the mainstream system. “Among all this Jess is a young person on the autism spectrum diagnosed with Asperger’s Syndrome, and an advocate and role model for other young people facing some of the challenges that this can involve.”