Congratulations to talented local artist Helen Condon who became the first Irish artist to be commissioned by Ravensburger, the world’s biggest jigsaw and puzzle companies, to produce a painting to be turned into a jigsaw. 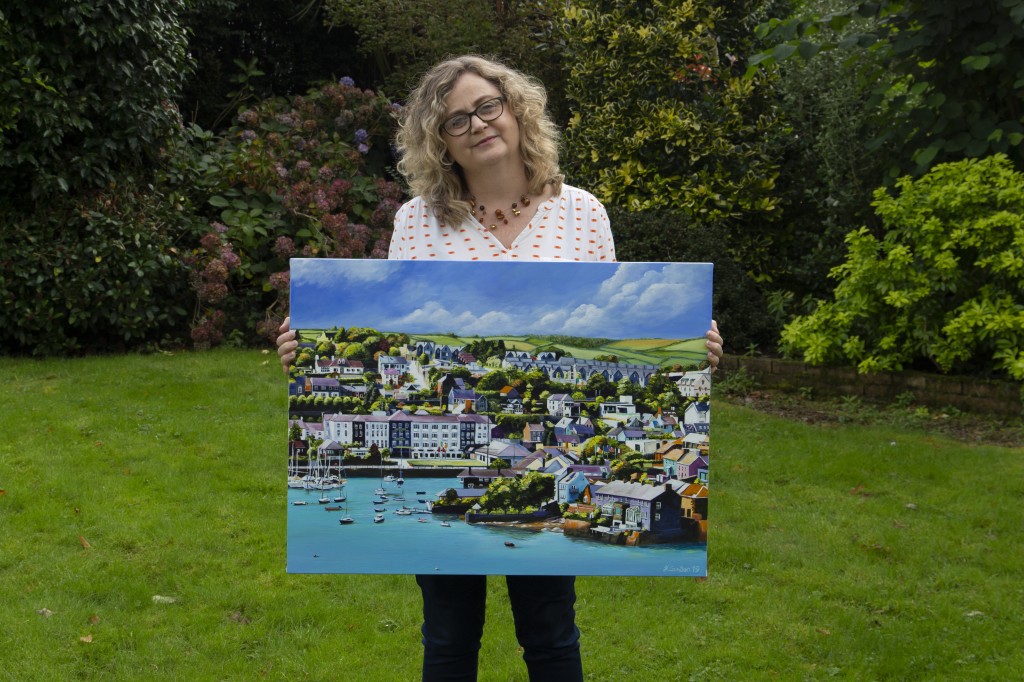 Her fabulous painting of Kinsale is now a 1,000-piece puzzle on sale in shops across Ireland, the UK, Australia, and online throughout the world. Helen, who only resumed painting as an adult seven years ago, was found by Ravensburger after they spent many months searching online for an Irish artist for this prestigious project which will expose Helen’s work worldwide.

Helen, who has featured on RTE news, local and national radio and in national newspapers since the news broke told Eoin English in the Irish Examiner, ””I’ve just been so overwhelmed with congratulations and goodwill since the news broke. Several people have told me that they’ve ordered the jigsaw already but I just haven’t gotten around to doing that myself yet,” she said.