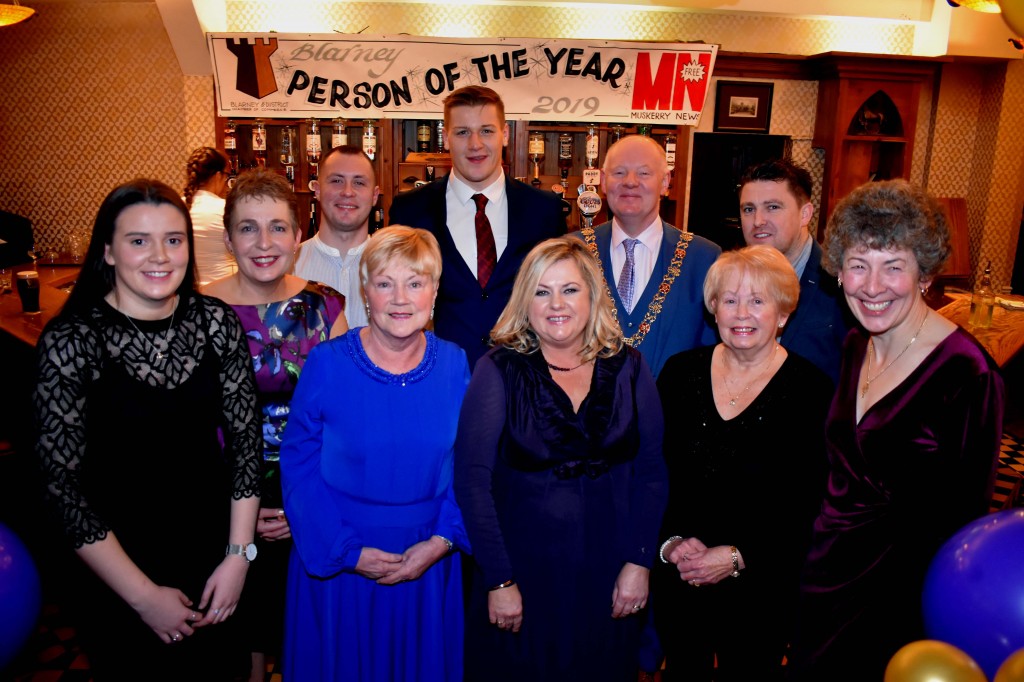 Master of Ceremonies at the event were John Henchion and Cllr Damian Boylan who along with local businesswoman Kate Durrant founded the awards ten years ago. Speaking at the awards, Kate said, “In a world that seems to thrive on negativity and finding flaw, it’s lovely to be in a room full of positivity, a room full of people who, through their actions, remind us of all that is good and right with the world.” John Henchion said, ”We receive many nominations throughout the year and no one is voted a person of the month lightly. The awards are a way for us to show off the talents and hard work of people who work tirelessly under the cloak of invisibility, with humility and for the common good, not for any personal gain.” Cllr Damian Boylan continued, “We consider ourselves extremely lucky to live in a village where charitable work is the rule and not the exception. The eleven people that are being honoured here tonight richly deserve their monthly award and so much more. The Blarney Person of The Year award endeavours to applaud and recognise our unsung heroes who put their community and their charitable work before themselves.”