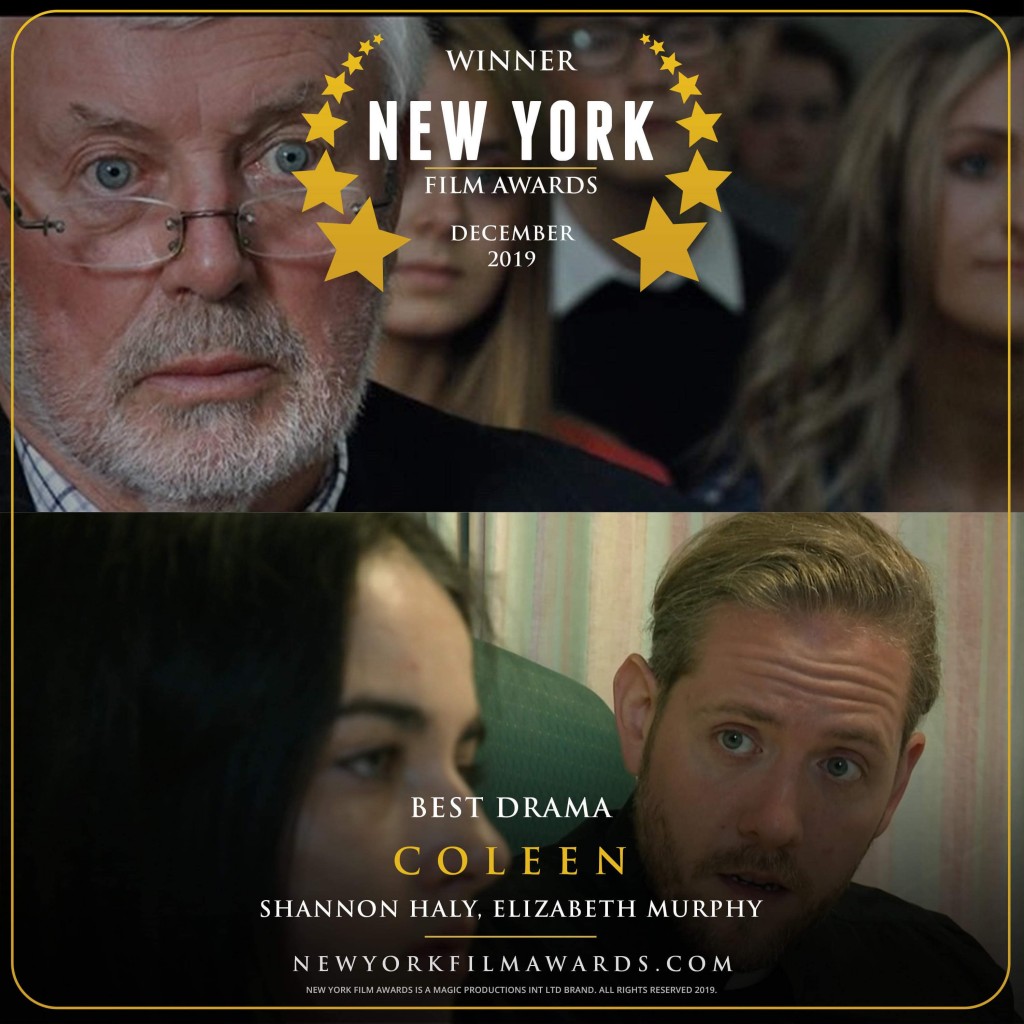 Elizabeth Murphy and Shannon Haly are two young talented filmmakers from Cork who, last Summer, wrote, directed and produced their first short film ‘Coleen’, a film inspired by true events in Ireland in the 1970’s. The film explores the historic oppression of women through the fictional life of a woman named Coleen, played by Whitechurch actor Christine Terry, and her three daughters played by Megan Haly, Shannon Haly, and Kerrie Corcoran. The film revolves around a traditional ‘churching’ ceremony whereby Coleen’s daughter is cleansed following childbirth. The persistent hints of female oppression together with Coleen’s scandalous love affair catalyzes the families decision to join the early Irish Women’s Liberation Movement. This incredible short film has just won best drama at the New York Film Awards and is also nominated for several other accolades. Shannon, who went to Clogheen Kerry Pike National School before moving on to Mount Mercy, is currently studying acting in New York at the conservatory in The Stella Adler Studio of Acting while Elizabeth, who also went to Mount Mercy, is in London studying music business at The Academy of Contemporary Music. The young filmmakers, who want to use their filmmaking to shine a light on real issues and stories in the world today, are about to embark on their second short film ‘Embered Youth’ which explores three siblings in the face of adversity.