As one of her nominees told us, “ Kind, welcoming, community worker, activist, popular, social media lover, charity worker, wife, mum, grandmother and absolute lady. These are just a few of the words one could use to describe the wonderful Esther Ruby.
You would struggle to find another person that loves her village as much as Esther. She is a driving force within Blarney Tidy Towns with her enthusiasm, hard work and unwavering dedication.
Esther is also known for her charity work with Cork Cancer Care among other charities. If there is a fundraiser happening, she is always there to show her support. Whether it is getting up at the crack of dawn for Darkness into light, attending coffee mornings, helping with collections, and fundraiser events (especially if she gets to go full glam) Esther is always there showing her support.
She must honestly be one of the most popular people in Blarney, walking down the street with her is like being with a celebrity. Everyone takes the time to say hello to her and often asks her opinion on a local event or issue because she really has her finger on the pulse of life in Blarney and has the reputation for having the know how and the contacts to get things done.
Anyone who knows Esther knows that her family is her life and her roles as wife, mum and proud grandmother, as well as sister and aunt, are among the titles she holds most dearly.
We believe that Esther is a wonderful example of what being from Blarney means. She is a constant champion for our village with astounding energy and we hope that her passion for her Blarney would be recognised.
This is why we ask you to please consider Esther Ruby as the Blarney person of the month.”

And so say all of us! Congratulations Esther. 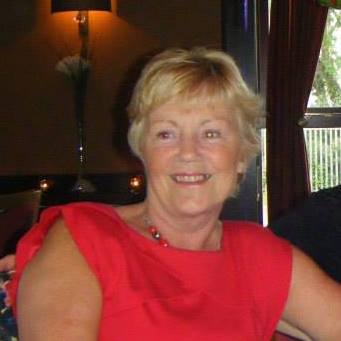