Blarney lady Peg Curtin recently celebrated her 100th birthday with family, friends and fellow residents at Oaklodge Nursing Home. The former librarian and mother of five received the Centenarian Bounty issued by the President of Ireland and saw her milestone birthday honoured with a special celebratory mass and a ‘This Is Your Life’ style look back on her 100 years. The birthday girl gave an impromptu speech thanking all her guests for attending and sang ‘How Great Thou Art’ not once but twice during her special birthday mass. She told everyone that the secret to her long life was, ‘Prayer, prayer, and going to mass every day.’ She met her husband, Laurence Curtin, at a dancehall in Cork City and the couple, who wed in 1942 during World War II, moved to Limerick soon after their marriage and later settled in Blarney. They had five children, Edith (died 2011), twins Phyllis and Sheila (died 2017), Paddy and Joy. 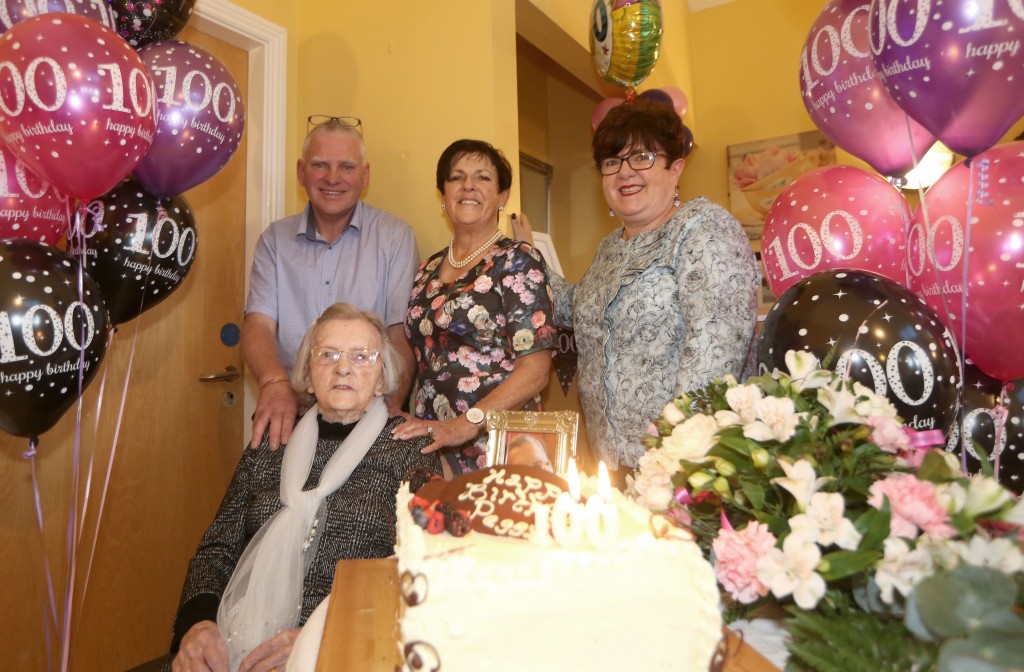