To round off a busy and great year Ballincollig LGFA hosted a fantastic afternoon of football at Ballincollig GAA Club with teams from Eire Og, Ballinhassig and Kinsale in the Autumn Blitz 2019. Some great games of football and all in afterwards to the clubhouse for some food and refreshments where all teams were presented with medals. Thanks to John O’ Driscoll for looking after the hot food. Thanks also to all the parents who helped out with the teas etc. Special mention to all the fabulous girls who played their hearts out for the 4 games. Thanks also to Daithi, Kevin, Eamonn, Cormac, Cathal, Cormac & Eric for all the organising today and for everything over the last year. A break now for all the girls in Daithi’s group and looking forward to seeing you all back again in the New Year. Up the village

Over 5 weeks in September and early October we hosted the Gaelic Football Academy for girls age 5-8 years. On the final night it was Presentation Night for a Super bunch of girls who completed this year’s Girl’s Gaelic Academy. Each girl was presented with a Certificate, Water bottle and Football to continue their skills practice at home. Many thanks to Mary Browne of Ballincollig Credit Union for making the Presentations to the girls. BCU have been fantastic sponsors for this Academy and it’s great to see so many young girls starting their Footballing Journey in Ballincollig. Many thanks to our TY Students for mentoring the girls over the past 5 weeks. We look forward to seeing all these girls back for Indoor Training early next year. 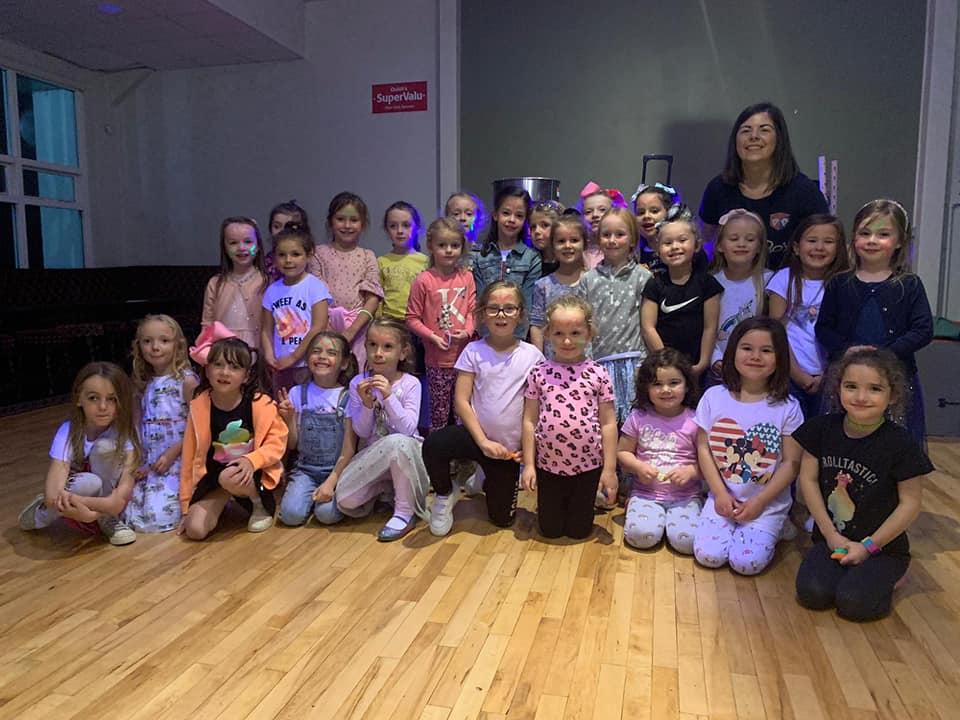 ladies played Knocknagree in the County Semi-final in Mid-October but came up short against a very well drilled team. They did the club and themselves proud by not giving up. This squad has worked hard all year in both league and championship. They are a credit to the club and will get their day in the limelight. Thanks to Paddy, Tony, John and all the coaches and mentors for all the hard work during the year.

Over the last few weeks Ballincollig LGFA has been keeping a close eye on all our local schools as their girls football teams played their Sciath na Scoil games and we are very proud to see that all the schools have made the finals in their respective groups. What an achievement for girls football in the area so well done to the girls from Scoil Barra, Scoil Mhuire and Gaelscoil Uí Ríordáin. We also have club members who are playing in other schools nearby and we wish them all well in the finals this week.

Our super under 12’s group travelled to St Michaels GAA Club on a Sunday afternoon in early October hoping to be able to take the county title against Ballinhassig. It was a lovely afternoon for football and the girls were looking forward to the game. Ballincollig started brighter, with some great movement throughout the field and were leading at half time 1-2 to 0-1. Knowing it was going to a tough second half the coaches asked the girls to dig deep and to keep playing good solid football. The second half started at a cracking pace with Ballincollig staying on top for the first quarter. However Ballinhassig were starting to get on top around midfield and managed to sneak a goal and a point in the last few minutes to get ahead by 2 points. Heartbreak for our girls and coaches but we are so proud of these girls who have played some fantastic football all year and a great achievement to reach a county final. Thanks to all the parents for the support and help at matches and training.

Our U16s were given a second chance to take on Kinsale in their County Final at the start of October, having drawn on the first day out. This time CIT was to be the venue for the replay. Similar drizzling conditions unfortunately but a fantastic pitch surface, the scene was set for another potentially tight affair. It was Kinsale who came out with all guns blazing however and it took a while for us to settle. We finally got some scores on the board but Kinsale in the meantime had found the back of the net several times over. We were to the pin of our collar. But huge credit goes to our girls who came back fighting in the second half to close the gap but never quite converting the possession we had through-out. It was a very strong, physical opposition that smothered our attempts and it just never happened for us on the day. Our girls however did us proud and a more honest, committed squad of footballers you would not find in the County. They battled hard and in true form never gave up. Although losing was hard, it was in itself a great achievement to contest a County Final as a curtain raiser to a Senior Final in a great arena like CIT. No doubt the experience will stand to us we’ll be back to fight another day.