Amy is pictured with her proud parents as she receives yet another Irish cap, this one for her part in the bronze medal awarded to the U20 ladies in the European Championships in Kosozo earlier this year.

This young player has, incredibly, won every basketball award possible at her age level since she starting playing basketball at the age of 10.

Amy’s first big award was in 2012 when she was part of the team to take the All Ireland U14 title, a year which also saw her voted All Ireland player of the year.

Cork player of the year at U12, U14, and U18, Amy was also the first recipient of the Laura Brennan award. Laura was a young basketball player who died and the award honours basketball players who go above and beyond to mentor younger players.

Amy’s medal shelf also holds the European U18 silver medal which she received in 2017, and she was part of two history making Irish teams at both U18 and U20 level when they became the first ladies basketball team to be promoted to Division A.

Amy, who went to primary and secondary school in Blarney, played with Brunell Basketball Club until she left College this year having qualified in Early Childhood Studies. She then moved to Father 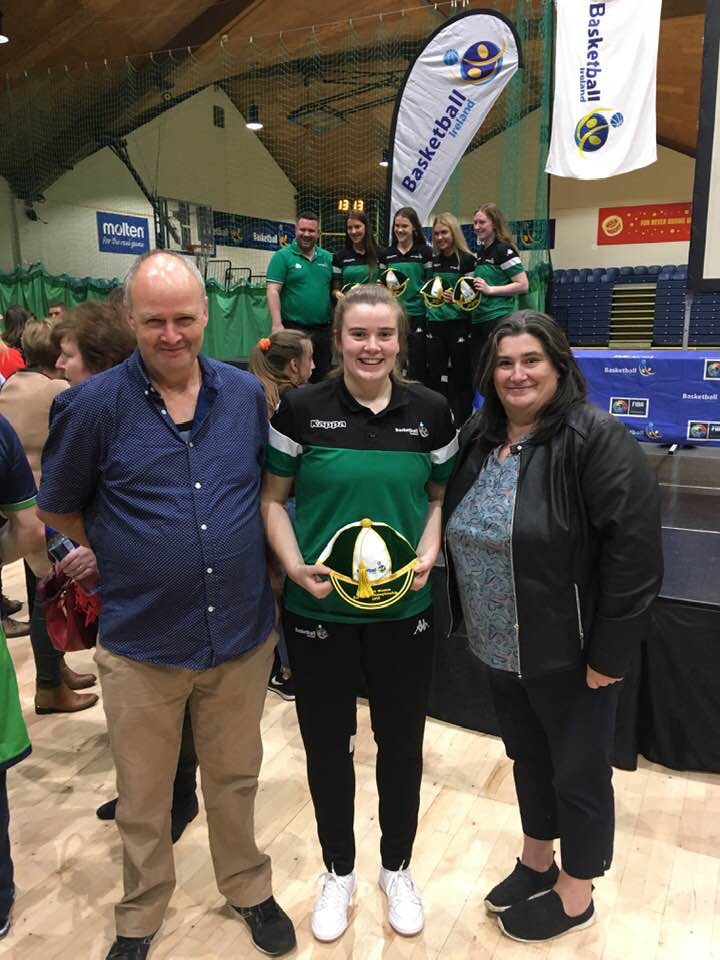 Matthew’s who are no doubt delighted to have as a club member someone who can only be described as one of Ireland’s top basketball players.