The children were brought to Ballincollig Regional Park as part of ‘Tree Day’ celebrations. Children from Junior Infants to 6th class spent their day learning about the different types of trees found within the park and surrounding woodlands.

The community of Berrings celebrated the 200th year anniversary of St.Mary’s Church. A celebratory mass was held in the church followed by refreshments in the school hall. The children of 6th class represented the school and sang ‘Siúl i Solas Dé’ to the delight of all in attendance.

Berrings National School has a long and successful affiliation with the Sciath the Scol campaigns. The children have been training hard and are hoping the retain the ‘double’ titles this season. Berrings Abú. A special mention has to be given to the girls who were part of the under 10 Donoughmore Football panel who won the ‘Danielle Forde Blitz’ played recently in Donoughmore. Well done girls, we are very proud. 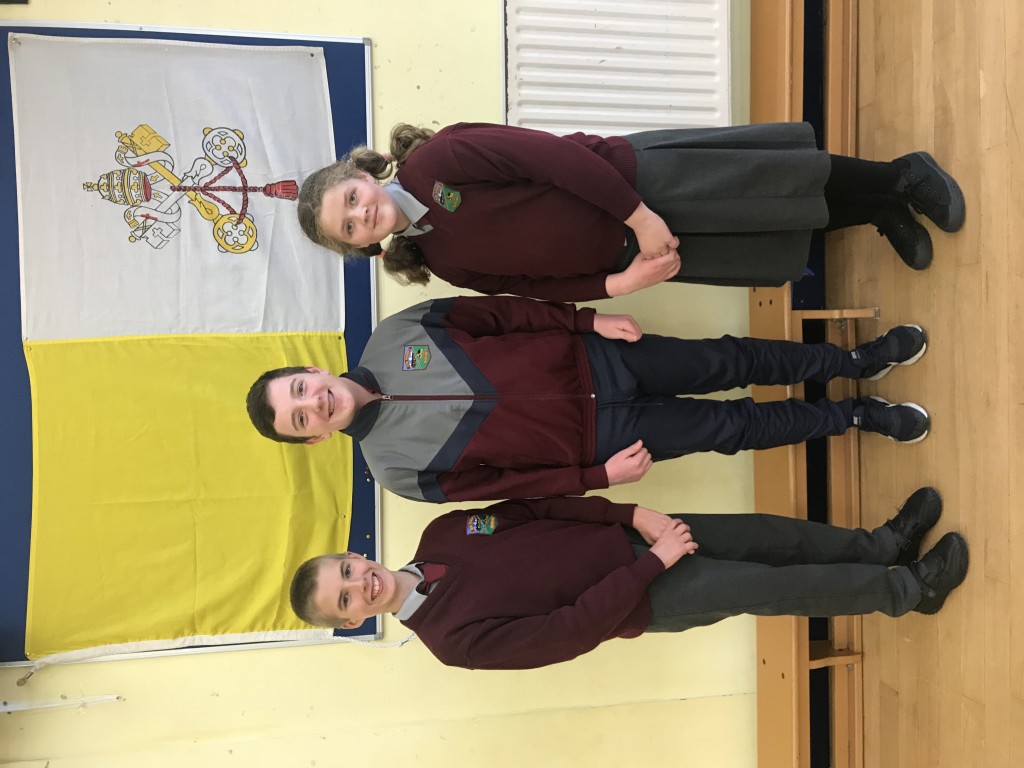 The senior infants have been exploring the theme of ‘school’ in Aistear during the past month. They set up their own classroom, constructed a new school building and even made healthy lunches using playdough. As part of the theme ‘exploration’ the children visited the old school building which is located next to the current school.