Over 100 children attended the recent Cul Camp run by 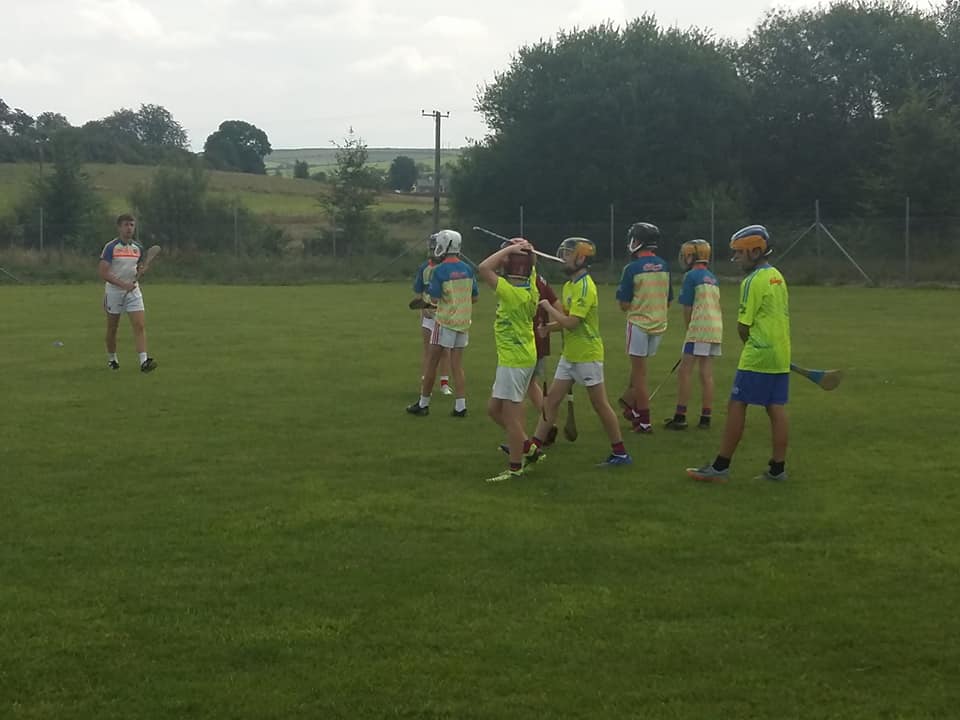 (Dripsey GAA & Gleann Na Laoi GAA) at the grounds of Gleann Na Laoi GAA in Kerry Pike. According to feedback from the kids and parents, it was 5 days of fun, fun and more fun! Cul Camp is primarily about the skills of the game, but it also means meeting new people and forging new friendships and let’s be honest, 5 days out in the open is better than 5 days on the couch staring at a screen. One of coaches on hand this was Cork Senior Camogie player Cliona Healy. Later in the week, Cork Hurlers Robert Downey and Shane Kingston were in attendance to pass on their knowledge and skills. Robert and Shane also signed autographs and answered the many many questions fired in their direction. I have to mention the ice cream van on the last day of camp, apparently it got the biggest cheer of the week when it arrived in the gate! Huge thanks to our lead Coach Gavin Webb and camp Coaches Cliona, Ger, Aaron, Liam, Patrick, Jordan and Conor for delivering a brilliant programme throughout the week. Cul Camp wouldn’t run without the many volunteers who give their time so generously, whether it be on the pitch with the kids, running the car park, directing traffic etc, everyone plays a vital role in the success of Cul Camp. Their support is much appreciated and much valued so a big thank you to everyone involved. Every Cul Camp needs a head honcho and that person is Gary O Callaghan who, once again, kept things running smoothly. He really does a first class job in organizing and running the camp.