The Blarney 5′s Square League, kindly sponsored by Mc2 Accountants in association with Blarney United, saw 16 teams battle it out for the Square League Cup. Forrest PSi and The Muskerry Arms met in the final and couldn’t be separated after 40 minutes of football with 1-1 the full time result. Forrest PSi went on to win on penalties. The team was managed by Johnny Forrest and Gavin Kilgour, and Con O’Riordan presented the Cup to John Forrest the winning Captain. Henry Murphy and Con O’Riordan were again instrumental in the day to day running of this unique tournament held every year in the Village Green.

Under 15 Cork Gaynor Cup Champions. Congratulations to three Gaynor cup squad players from the Blarney area. Laura Shine who had an incredible tournament scoring 4 goals in one match alone followed by a hat trick in the semi final against Galway and scoring 9 goals for the tournament. Abi Hurley and Ailbhe Maloney also played staring roles in the National Cup win. Cork drew 0-0 in the final against North Tipperary after full time. Cork won it 4-3 on penalties to bring the Gaynor Cup back to Cork for the first time since 2015.

Blarney United wish to thank sponsors Paddy O’Leary at Supervalu Tower, Sir Charles and Paul O’Sullivan at Blarney Castle Gardens & Estate, Jim & Sean McCarthy at MC2 Accountants, and Ian & Una Forrest at Blarney Castle Hotel. A formidable and historic season for the club landing four cups this season with the Under 17 National Cup the crowning glory on what was a truly amazing year. We would like to thank all the players, coaches, committee members, supporters and sponsors who made this season so extra special on our 70th Anniversary Year. We will enjoy our summer break now, and will return in late July early August to prepare for another season.

Thanks to Academy Chairman John White, coaches, parents and players for the continued work an support of our academy. The academy finished up for the season with the Under 17 National Cup and Local Cup team paying a visit, joined by the Under 14 Cup winners and the Under 15 League Winners who presented the academy medals on the day. There was a great buzz of excitement with both parents and children getting photos with the Cups. Our academy is now on its summer break but will return again in late August. All enquires to academychairman@blarneyunited.com (Please bear in mind he is on his summer break until mid August.)

Blarney United were represented this year on the Cork Kennedy Cup Team  by Oscar Ahern and Louis Hanover. Both players did very well in the tournament and were presented with club tracksuits by their under 14 Blarney coaches Paul Connolly and Bryan Ahern before they went to the tournament. Cork beat Limerick District in the Kennedy Bowl final 2-1. 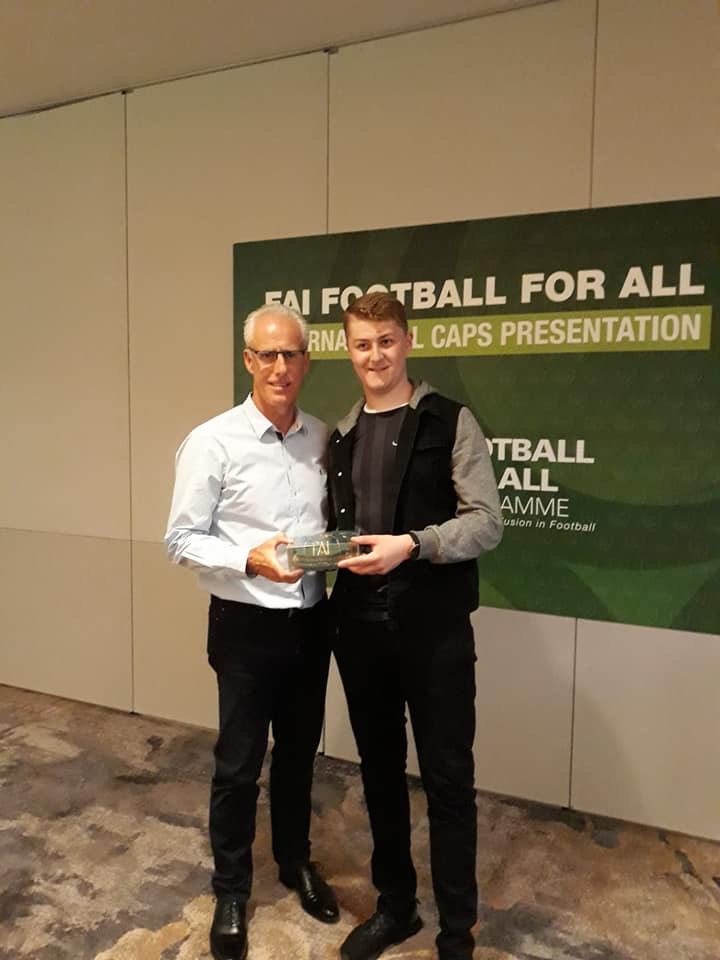