Maybe May is the best month? The gardens are an absolute riot of colour at the moment and I’m constantly surprised by some new flower each day. Several years of planting is starting to pay dividends, with many of the new plants flowering for the first time this year. I’m delighted to witness the fruits of our labour! As usual, there’s loads going on all around the estate and we are struggling to keep up. There are all the usual maintenance tasks and with the sudden surge in plant growth we are finding that weeding is becoming a priority. Watering is also starting to be an issue, and a lot of our new planting needs extra care and attention to help it establish. 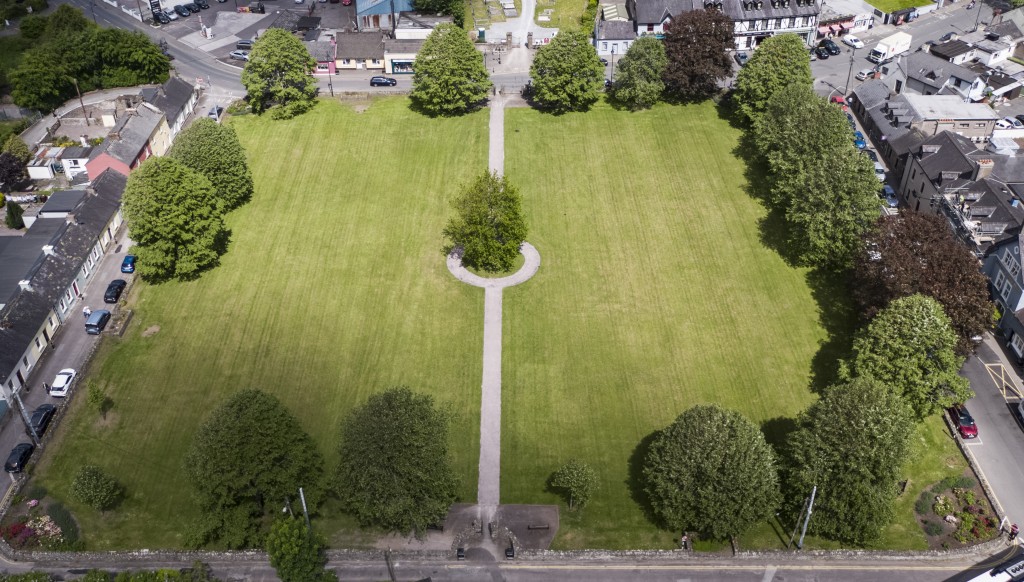 We recently started a little renovation project in the village square which included laying a new path across the centre. This will greatly improve access to the square, especially for push chairs and wheelchair users. We will be following this with new benches and an information sign on the square’s history. Hopefully it will bring more of our visitors into the centre to see what a wonderful, historic village we have. Blarney was an industrial village, built specifically for the linen industry around 1765. At this time, Irish linen was considered amongst the finest in the world. The village green or ‘square’ has been a central feature of the village for the past 250 years. Although now it functions as a space for relaxing and leisure it’s original intended use was much more industrial. This central green space would have been a bleaching green, which was vital to the linen production process. Traditional bleaching methods included boiling the cloth in a solution of water and ashes, seaweed or fermented bran before it was rinsed and spread out over an area of grass (bleaching green) to dry in the sun. Having aired, it was steeped in buttermilk, rinsed and spread again. This was repeated many times. Of course, the square was also used for social activities by the mill workers and their families who lived in the houses that still surround the square today. Originally there were houses on all four sides of the square, but the houses on the south side were cleared to facilitate the arrival of the light railway ‘The Muskerry Tram’ in Blarney, which brought large number of tourists to visit Blarney Castle and kiss the stone. Luckily the tourism has continued to this day and the square and original village has survived relatively intact, as a reminder of times past.

Jobs for June in the gardens will include sowing outdoor vegetables, pruning grape vines and pinching out tomatoes and cucumbers side shoots and start to feed with seaweed feed or similar. Spray the potatoes for blight if necessary. Keep an eye out for pests as the weather warms up. We introduce biological controls for aphids and mealybug in our glasshouses. Spray roses for blackspot and aphids or use soap suds if it’s a small infestation. Plant out bedding if not already done; keep up to speed with watering both in and outside. Newly planted or potted plants are especially prone to stress from drying out.

Do come and see the gardens as they are looking fantastic right now! Adam