Family and friends of the late 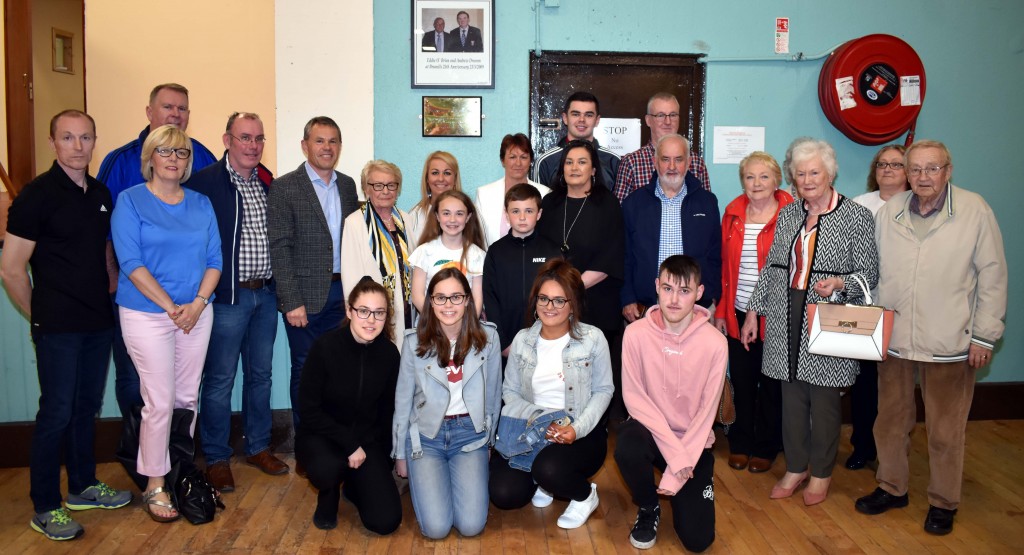 gathered at Gurranabraher Parochial Hall last Sunday to support his wife, Sheila, as she unveiled a plaque in his memory and to ensure that his legacy would live on. Fr. Tomas Walsh PP said the gesture was not just for Eddie but also for his family who gave him the freedom to carry on his work in the parish. Fr. Aidan Vaughan, former parish priest, praised Eddie’s work on behalf of the Meals on Wheels operation saying that he undertook to deliver the meals on his own on Christmas Day so that no one would be deprived of a decent meal. He also was instrumental in setting up the Community Workshop and took great pride in the achievement when the late Minister, Gene Fitzgerald TD officially launched it. Fr. Michael Murphy, now in Ballyphehane, who also worked with Eddie also attended the event in his honour. The inscription on the plaque reads Eddie worked tirelessly for the people of Gurranabraher/Churchfield both here in this Community Hall and in the wider community. Ar dheis De go raibh a anam dilis.