I would like to nominate the amazing Emily Coleman as Blarney Person of the Month. Emily is just an amazing, determined young lady and I believe her recent success in the Special Olympics deserves acknowledgement. 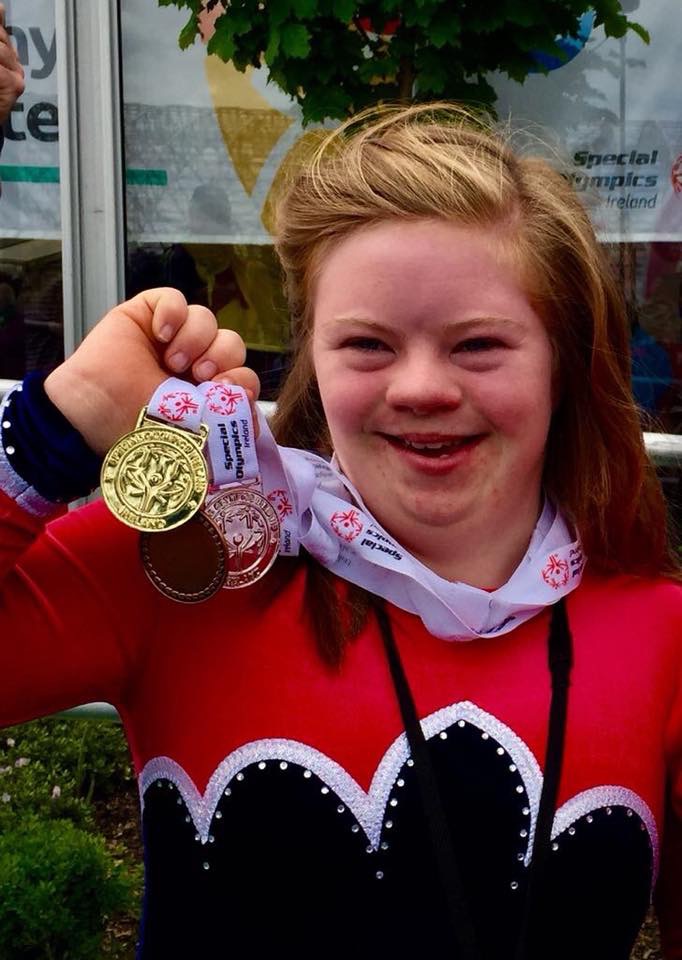 “Emily was born on April 20th 2002 with Down Syndrome. From the very beginning, she was a little fighter, and was born with three cardiac defects necessitating open heart surgery at 4 months. Emily went to mainstream primary school in Scoil Chroi Iosa in Blarney where they were very adaptive to her needs, before moving on to secondary school in Scoil Bernadette Montenotte, where she has just completed her junior certificate. Emily just loves to dance! She began dancing at the age of 3 with the Wolfe Stage School and continues to be part of their teenage class. Emily is no stranger to the stage and has performed in The Everyman and Cork Opera house on many occasions, and she also loves to play the piano, passing three examinations with distinction. If you have never met Emily but feel she looks looks familiar, it may be because she had an early introduction to being a model for photo shoots, primarily for the annual cycle event Tour de Munster. Currently you can see her smiling face on bins in shopping centres around the country as she is the face of Down Syndrome Ireland’s HB ice cream campaign. Emily is a long standing member of the Owenabue Special Olympic Gymnastic club and has represented Ireland at a number of competitions in the UK. However, this has been overshadowed by her most recent achievement when she represented Munster at the Special Olympic Ireland Games held in Dublin in last month, and came home a triple Olympian! Following the Special Olympics, Emily came home with an incredible three medals, being awarded a gold medal for her excellent floor work, a silver medal for the uneven bars and a bronze for the high beam. Emily, along with all the other athletes who won a gold medal, will now go into an open draw to represent Ireland in the World Games which will be held in Abu Dhabi in March 2019.”