Muskerry R.F.C. U13s were recently crowned South Munster Cup champions. Muskerry met a strong Kinsale R.F.C. side in the final of the U13 cup with Highfield R.F.C. hosting the game. The first half provided a very tight affair with Muskerry edging the possession and territory. However both sides played some very good rugby and were not willing to take a backward step. The game remained scoreless at half time. The second half also proved to be a close fought game. Midway through the second half Muskerry were awarded a long range penalty in front of the posts. Scrum-half Cian Boylan’s kick fell just short with Muskerry being awarded a scrum near the line from the ensuing play. From this scrum captain and No. 8 Luke Walsh broke on the blind side to set up a ruck with Tom Coughlan going over in the left hand corner for a great team try. Darragh O’Connell was just short with the conversion attempt. Muskerry never looked back from here and continued to apply pressure for the remaining ten minutes of the game and were unlucky not to be awarded a further try. The large Muskerry support made their voice heard on the final whistle for a great win. This win ensured that Muskerry did not concede any scores in the cup competition. All the coaches and parents were delighted with how the team played throughout the season. The cup was accepted on the night by Sean Lenihan and Luke Walsh on behalf of a great team where every player made an important contribution 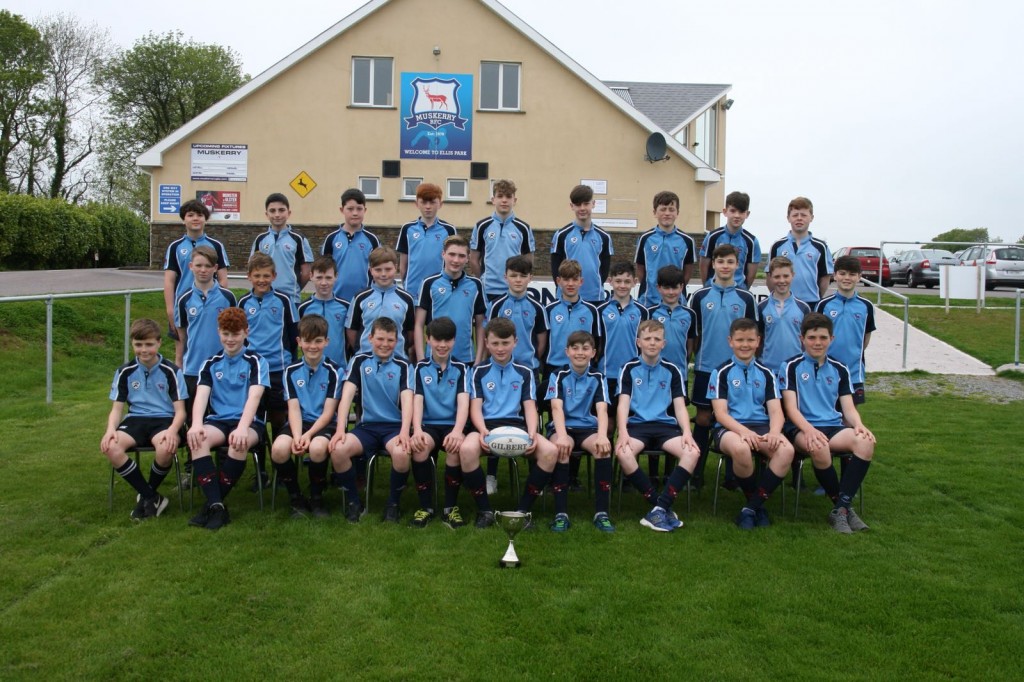