Over the years the second pitch of Muskerry RFC was becoming waterlogged each winter. In 2015 the club applied for lottery funds to construct a new sand based pitch that would be playable in all weathers and, with these funds in place and the help of extensive fund raising, work commenced in the summer of 2016. The ground was leveled, drains were put in, and a 1,400 ton / 75mm carpet of fine sand was laid. Then the topsoil was laid over the sand, and the grass seed planted. This was left to mature until the summer of 2017 when the surrounding works were completed: paths, railings, dug-outs, and the all-important goal posts! The first games were played this season, and the quality of the playing surface, regardless of the harsh weather of winter 2017/2018, allied to excellent viewing facilities, has attracted rave reviews from visiting teams.

On Saturday April 28th a pre-match reception was attended by many local dignitaries, club sponsors, and former club presidents and chairmen. The pitch was jointly blessed by William Crean, Bishop of Cloyne, along with Fr Donal Coakley P.P., Inniscarra parish, and Canon Ian Jonas, Carrigrohane Union of Parishes. Former Ireland and Munster legend Peter Stringer then cut the tape to officially open the pitch. Adding to the occasion were bouncing castles, hot food stalls, refreshments, and music, to entertain the large crowd. The pitch opening was followed by a Junior interprovincial game between Munster and Ulster which unfortunately Munster lost. 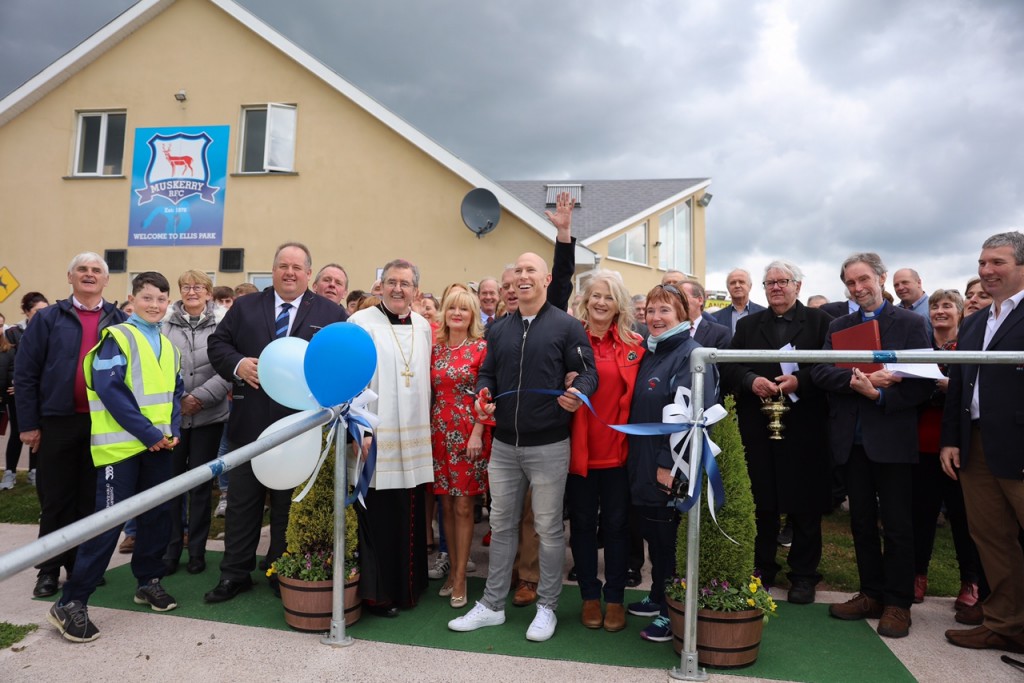