Blarney/Rathpeacon Club na nÓg got another busy season up and running with football being the order of the day.

Blarney / Rathpeacon U10′s got off to a flyer getting their season up and running when they travelled to Rusheen to play Aghinagh for the first football match of the year.  A super performance from the boys saw them winning both of their matches, well done to all the boys and the coaches involved.

Our U9′s played football at home against Na Piarsaigh, winning all four games. What a great way to start the season.

Meanwhile our U8′s where also at the big ball today making their Páirc Uí Chaoimh debuts. We had 3 teams out, great performances all round. A great experience to play in Corks fabulous new facilities. Well done to all our Club na nÓg Teams and Coaches.

Chairman Martin Lynch is pictured receiving a sponsorship cheque from Blarney Woollen Mills General Manager Dominic Heaney. Also included are club members Ray Murphy, Mark Coleman, Conor Coleman, Michael O’Shea and Denis O’Donovan. Blarney Woollen Mills has a long history of supporting Blarney GAA dating back to its foundation in the early seventies by Christy Kelleher who himself was a lifetime member of the club. 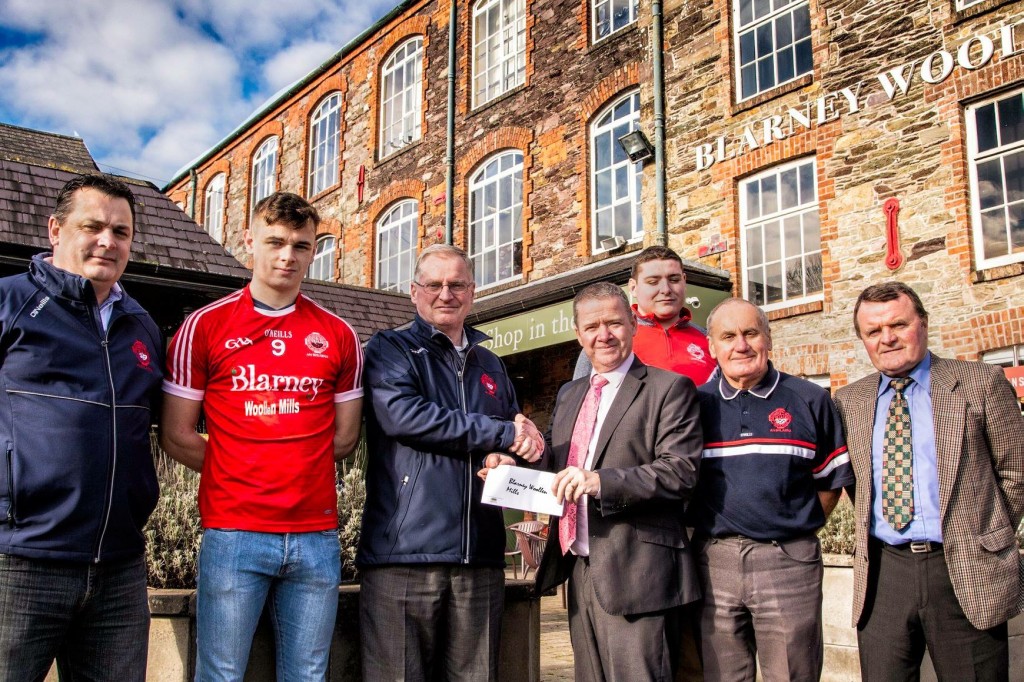