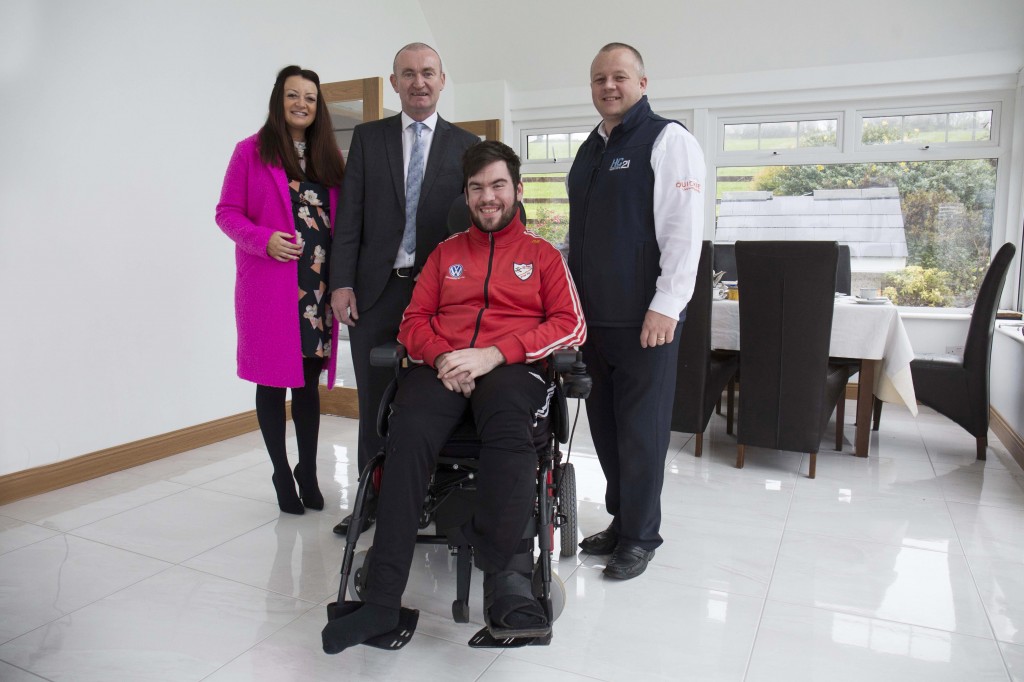 A young sports reporter is now back in his dream job after a local business donated a motorised wheelchair to help him travel to games. The family of Darren Brennan, who lives in Ovens and has cerebral palsy, launched a fundraising drive to buy the teenager a specialist wheelchair so that he could continue to live independently while he recovered from major surgery. The community rallied round, smashing their €2,000 target, but then Ballincollig based firm, Healthcare 21, stepped in and offered the 18 year old a wheelchair free of charge. As a result, his family are now making a donation to the charity Enable Ireland, which has provided a lifeline to Darren and played a key role in helping him to defy the doctors who said he would never crawl or walk. His aunt, Denise Power, from Farran, said, “We were overwhelmed by the response from the community to our appeal to help buy Darren a new wheelchair. “Then to be offered the wheelchair from Healthcare 21 is fantastic. It means we can buy extra equipment for Darren that will help him to live more independently and also make a donation to Enable Ireland to thank them for all that they have done for our family. “The doctors told us that Darren would never crawl or walk, but he proved them wrong and has never let anything stop him. His determination is unbelievable.” Darren, who is studying journalism at CSN College and reports on games for Éire Óg GAA, learned to walk aged five, but recently underwent surgery to repair damage to bones in his feet. “He doesn’t have enough power in his hands to be able to push a normal wheelchair himself, so he was having to rely on family members. Without this motorised wheelchair, it would have been impossible for him to continue to cover the games. “This has given him back his independence and allowed him to maintain a bit of normality in his life while he recovers from his surgery.”