Amber Flag promoting positive mental health. Cloghroe National School are very excited to announce that they are embarking on a new adventure.  Following on from the success of the Green Flag and Active Schools Flag Initiatives they are now taking on the challenge of obtaining their first Amber Flag, which promotes mental fitness. On Tuesday 16th January, the Amber Flag Committee organized a fundraising event for ‘The Relentless Rowers’ four Irish rowers who rowed across the Atlantic, in order to raise funds for paediatric equipment for the CUH in Cork. The school is proudly connected to this charitable effort through our past pupil Seán Underwood, now a doctor in the Mercy hospital in Cork, who made this transatlantic crossing.

Credit Union quiz success. On Friday 26th January, eight children represented the school in the Credit Union Quiz. The Under 11 team won the section outright, while the Under 13 team was narrowly beaten. Well done to all involved.

Scór na bpáistí. At the Scór na bpáistí, Muskerry semi-finals, Cloghroe National School had competitors in a range of competitions and showed the most wonderful display of talent. The ballad group, solo singer, solo instrumentalist, solo Irish dancer, instrumental group and quiz team all did the school proud. Isobéal Buckley (solo instrumentalist), Sarah O’ Mahony (solo Irish dancer), Niall Buckley, Daniel O’Connor and Fiachra Wall (quiz team) have all made it through to the Muskerry Final on 3rd March in Ovens. We wish them all the very best of luck.

Grandparents Day. Pupils had a wonderful time celebrating Grandparents Day, in conjunction with Catholic Schools Week. Activities included interviewing grandparents, story-telling and card-making. In third Class, over one hundred grandparents attended mass with their grandchildren in St.Senan’s Church and then returned to the school hall for some tea and cakes. Pupils had the opportunity to ask their Grandparents questions and explore stories about their childhood and school days. It was a fantastic day for all pupils, grandparents and the wider parish community. Thank you to everyone for their support and participation. 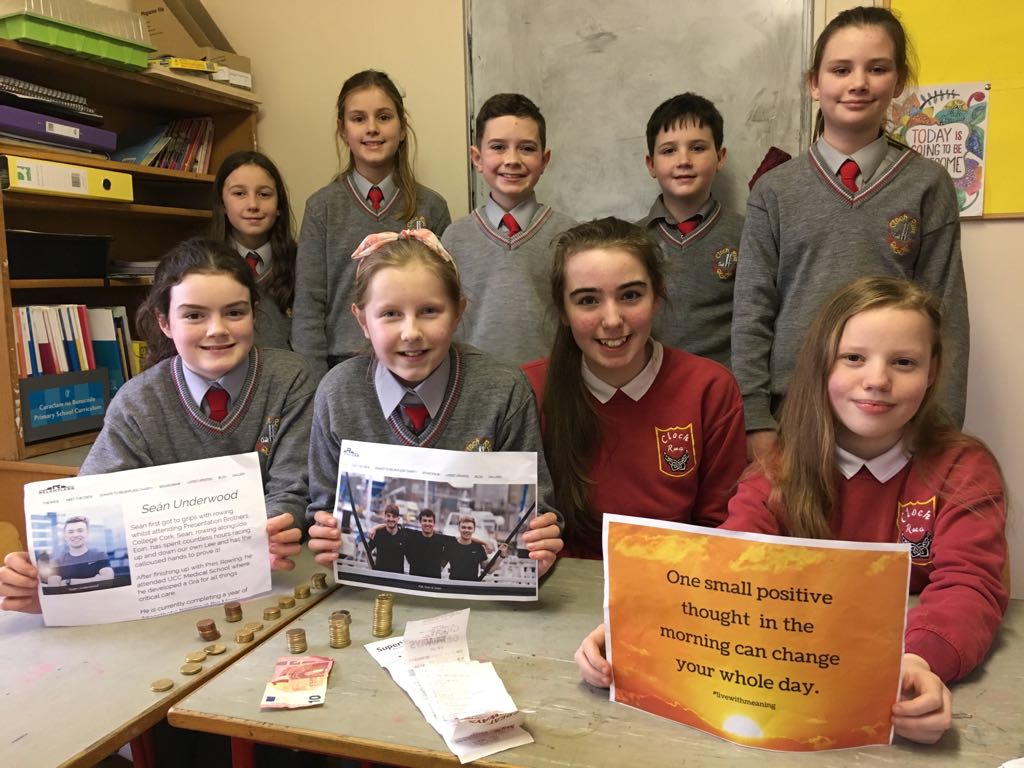