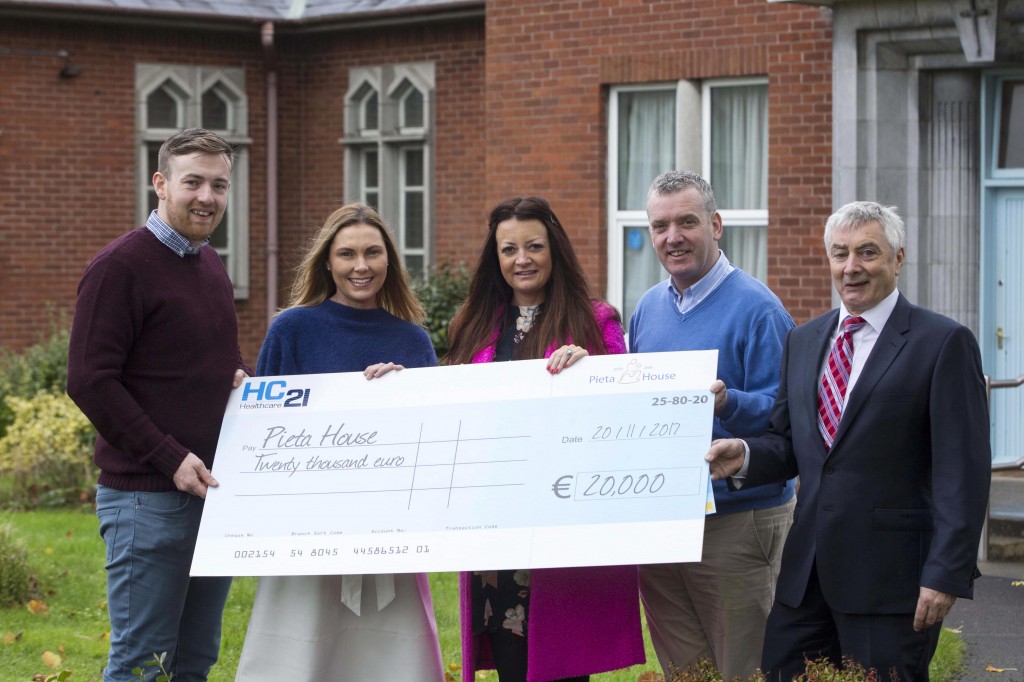 (HC21), which has a head office in Ballincollig and logistics centre in Blarney, as well as operations in Limerick, Dublin and County Antrim raised €20,000 for Pieta House, which runs self-harm and suicide crisis centres across Ireland. After selecting the cause as their charity of the year, employees rose to the challenge and organised events including mud runs, mountain climbs, bake sales, and a Monster Raffle as well as supporting the charity’s annual Darkness Into Light 5km Walk and bag-packs in shopping centres nationwide. A fundraising dinner that included an inspirational talk by former Charleville hurler, Dessie Fitzgerald, who suffered serious spinal injuries during a match, also contributed to the grand total. Established in 2006, Pieta House now has 240 psychotherapists in its 15 therapy centres across the country, supporting 6,000 people, while it has responded to a further 11,500 calls to its national suicide helpline. Everything is free of charge and the staff are fully qualified and provide a professional one-to-one therapeutic service for people who are experiencing suicidal thoughts, people who have attempted suicide and people who are engaging in self-harm. A doctor’s referral or a psychiatric report is not required.