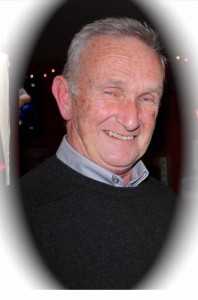 Blarney is a poorer place for the passing of popular local man Tim O’Brien, and who better to pay tribute to him then his former colleagues at Cork City fire fighters. “It is with the deepest of regret and sadness that we must announce the passing of retired station officer Timothy O Brien. Our deepest sympathy and condolences go out to his family and friends. Tim was more than just a firefighter or station officer, he was a friend to all who knew him. Affectionately known as Timmy dumper, the nickname coming from during his basic training days they were looking at a portable pump and remarking on the handles, and Timmy piped up that ‘they have them on dumpers’ and the name stuck, often to the point that some of us actually forgot what his surname was for a moment and announced him over the tannoy as ‘So Dumper’. Tim was an extremely popular firefighter and officer as he was so friendly, witty and always ready to help, whether it was to share his knowledge or just advice. Tim started in 1975 and was one of the first firefighters on the split shift, he left the fire service for a short period (roughly 2 years) but returned around 1983 to continue his career and eventually progressing to become a station officer. He was involved in lots of different activities including the fire brigade soccer team and also was a member of the siptu section committee for a number of years. He was involved in health and safety and was one of the Irish firefighters selected to take part in an international disaster response exercise in Amsterdam. Outside of the fire service he was just as busy as he was inside with his interests in hill walking, cycling, singing, a member of the local choir in Blarney and he volunteered as a helper for people with disabilities travelling to Lourdes. He was also a member of cork city civil defence before his days in Cork City Fire brigade. Then after he retired he spent time training Emergency Response Teams in industry in firefighting, first aid etc. Tim was selfless, encouraging, friendly and a true gentleman with good sense of humour and a strong sense of right and wrong and will be missed by everyone who’s life he touched in some way or another. This is only a fraction of the man that was Tim and I can’t convey here just how sad we are that he has passed and hopefully I’ve done him a little justice here. He will forever be immortalised around the table of witty stories of ‘Timmy Dumper’ and will not be forgotten. Rest in peace Tim.”