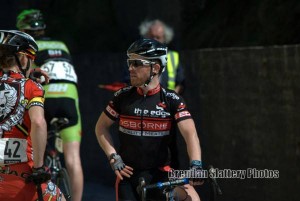 Sports, seeing them compete in the Silverpail GP in Fermoy, Stamullen GP in Dublin, Visit Nenagh Classic in Tipperary, Ras Mumhan Stage Race in Kerry and The Drumm Cup in Currow. Richard Hooton took second in the SilverPail GP and followed this up with a 6th in the Drumm Cup. Owen Cummins placed 7th in the Visit Nenagh Classic and the week before he finished 2nd in the National Duathlon Championships. Paidi O Brien kept his winning ways going through April with Victory in the Drumm Cup and winning Stage 3 of Ras Mumhan for the second year in a row. We would like to thank our Sponsors Brian Osborne and The Edge Sports Shop for looking after us so well at Ras Mumhan and the Team Principle Pat Crowley without none of this would be possible.