The September Blarney & District Person of the month is prolific musician Clare Sands, who launches her debut album ‘Join me at the Table’ today, October 13th at Coughlans’ in Cork City. With a fiddle in one hand and a guitar in the other, Blarney musician Clare Sands is a singer-songwriter, musician, composer, and music teacher. She performs in a variety of genres, her own material being a mixture of Blues & Folk. With deep roots in Northern Ireland and County Wexford, Clare started playing the fiddle at the age of four, learning tunes off her father Seamus on a weekly basis. As well as playing Traditional Irish Music from an early age with different family members, Clare also trained classically on the violin. Her mother Susan bought her a guitar in her early teens, and gave her a strong love of the Blues, playing legends like Muddy Waters and Eva Cassidy on the way to school. She soon found a love for song writing, and used whatever instruments that lay around the house like the guitar, the piano, the bodhrán or the mandolin to accompany herself. Having spent the summer of 2013 gigging around New York City, Clare returned to Cork to finish her degree in Music and Italian in UCC. During her time there she has met fabulous musicians such as Aisling Urwin, a singer-songwriter and harpist hailing from Kenmare.Their Irish tour in April/May 2014 to promote Clare’s debut single, ‘Change Is A Comin’ was hugely successful, having played 20 prestigious venues around the country, as well as venues across Holland and Germany. They subsequently released a ‘Live in Charlies Bar’ album, which Clare promoted on her tour of New York City during the summer of 2015. As well as playing in a Folk/Blues duo, Clare has a Jazz/Blues Quintet ‘Clare Sands Quintet’, plays in a Funk-Blues group in Cork City every week ‘What’s That Sound?’ and various Traditional Irish music and Gypsy Jazz groups. Clare works as a full time music teacher and session musician playing with various Irish artists, Luka Bloom, Mundy, Anna Mitchell, Hank Wedel, John Blek, Dylan Howe, to name a few. Clare’s debut album ‘Join me at the Table’ is an eclectic mix of Blues/Folk/Jazz/Trad. She will tour Ireland this autumn, 2016. 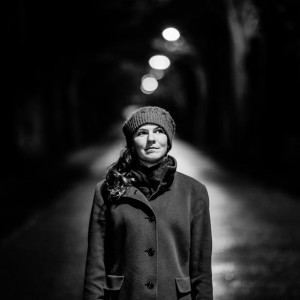