A Superb season draws to a close for Blarney United FC as young talent was recognised at their Schoolboy and schoolgirls awards at the Castle Hotel last month. The overall player of the year was Conor Hogan and the overall goalkeeper was Jake O’Leary. Blarney United players selected for Cork were Jack O’Keeffe U12, Ronan O’Brien, Kelvin O’Donoghue, Liam O’Connor and Andrew McCarthy for the U13’s, whilst Padraig Power represented on the U14 Kennedy Cup Squad. 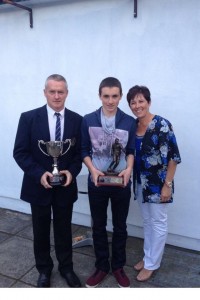