Over the past summer Scoil Mhuire gan Smal Blarney student Denis O’ Sullivan from Whitechurch took part in a Television competition called Music Inc. The show gave ten teenagers an opportunity to see what it is like to work in the music industry with top tour manager Liam Mc Kenna, from the band 6. Each week the contestants are set tasks by top music artists from around the globe. The contestants battle it out to win a place in the next round and avoid elimination. The show is fantastic opportunity to see what it was like to work behind the scenes and work with some of the biggest names in the music industry. The show hit our screens last Friday, January 9th, at 5pm on RTE 2 and will run for a further seven weeks. 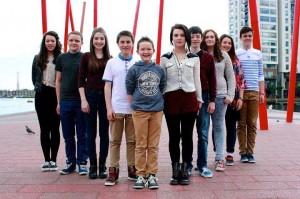